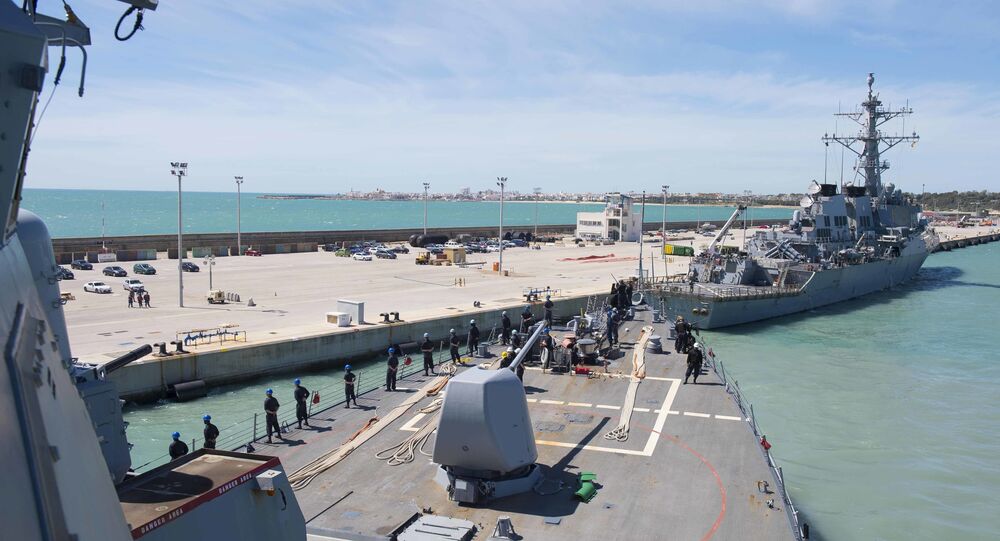 The US under the Trump administration has already shown support for Israel by moving its embassy to Jerusalem despite protests and warnings from not only Palestine, but most of the international community.

US Navy destroyer the USS Ross has docked in Ashdod, a southern port in Israel, Reuters reported. The last time a US ship sailed in the Israeli port was roughly 20 years ago. They would previously dock mostly in the northern ports, something which makes the USS Ross' docking even more unusual.

The destroyer was met by the country's prime minister, Benjamin Netanyahu, who welcomed the sailors personally and held a speech on the ship's deck. He noted that the USS Ross' visit marks a new level of relations between Israel and the US.

"This visit has significance. It symbolizes the deep alliance between Israel and the US. President Trump gave full support […] and the fact that this destroyer is visiting here today is an expression of that support," he said.

Spokesman for the US Sixth Fleet Commander Kyle Raines told Reuters that the USS Ross' visit to Ashdod "reinforces the strong and enduring partnership" between the US and Israel. He added that the navy will be adjusting "force protection measures to ensure the safety of sailors," but didn't specify which threats they would need to be protected from.

READ MORE: Israel Thanks US for Recognizing its 'Right' to Attack Pro-Iran Forces in Syria

The US moved its embassy in Israel to Jerusalem, despite protests from the international community in May 2018. Tel Aviv, on the contrary, praised the move. The White House's controversial decision intensified a wave of Palestinian mass protests on the Gaza border, leading to numerous casualties.

Israeli Interference in the US 2016 Election?