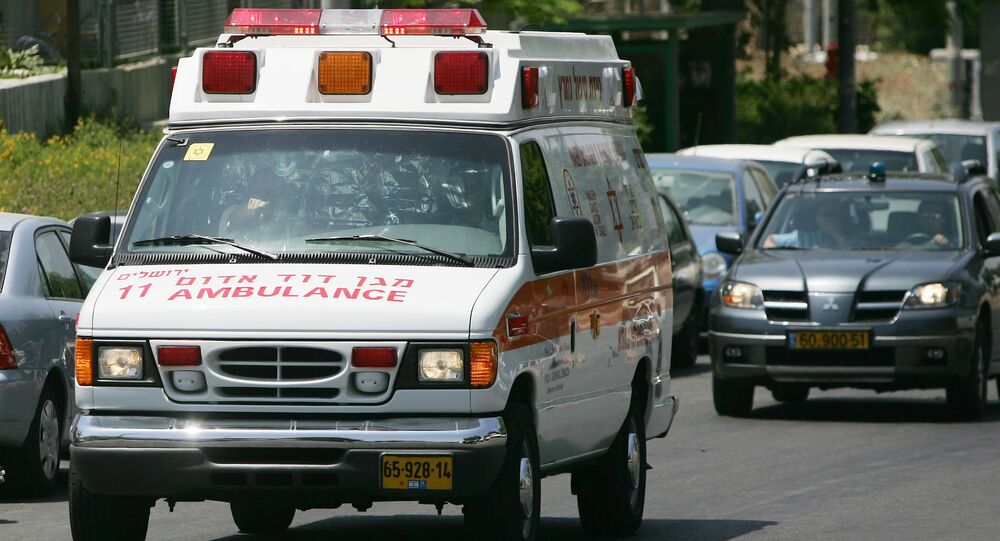 MOSCOW (Sputnik) - A stabbing attack was carried out on Thursday at the Israeli Shomron Regional Council in the West Bank injuring two people, The Times of Israel reported.

The incident occurred in Hativa Square at the Shomron Regional Council and the victims have been sent to the Beilinson Hospital in Petah Tikva, The Times of Israel reported.

One of the injured persons is a 30-year-old reservist while the second one a 26-year-old woman. Israeli security forces are currently searching for an attacker, who fled the scene.

INITIAL REPORT: A stabbing attack was just carried out in Hativa Square in the Shomron Regional Council. More details to follow. pic.twitter.com/J565Cam4hM

The attack in the territory comes a month after a 17-year-old Palestinian stabbed a 40-year-old man to death. Addressing the issue, an Israel Defense Forces' (IDF) spokesperson said that they considered the incident to be a terrorist act.

The West Bank along with the Gaza Strip are two Palestinian territories that are struggling to create an independent state from Israel with the latter refusing to recognize it.