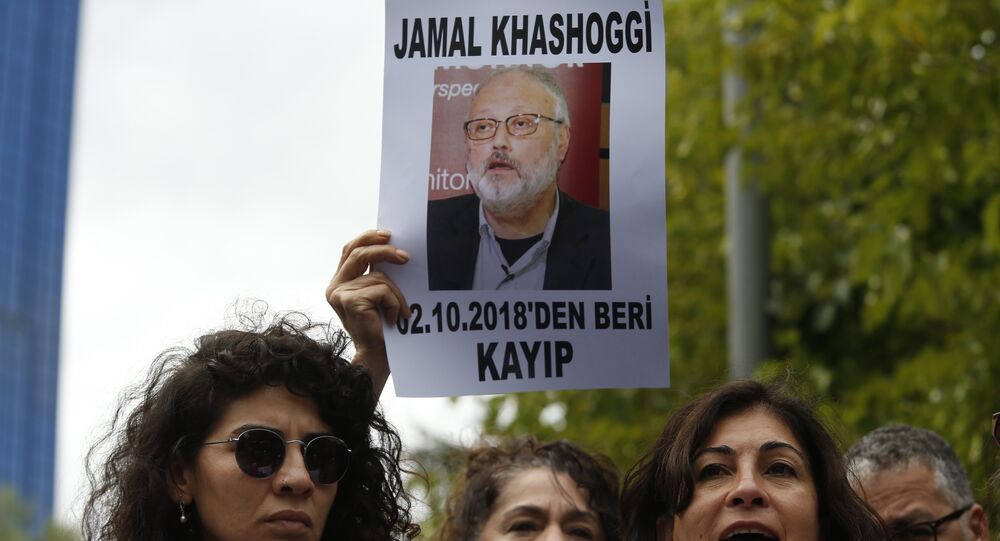 "The incident occurred in our country. We cannot be silent about it, as this is an unusual incident. As soon as I heard the news, I tasked my colleagues from the Justice Ministry and from the Foreign Ministry to look into the matter. We are studying all the aspects of the matter, both the police and intelligence [services] are involved, and we are following this issue every second," Erdogan told reporters.

He voiced his concern over the credibility of the Saudi authorities' explanations.

"Is it possible that the video surveillance systems did not work in the Saudi consulate where the incident occurred? Modern systems are able to capture even a bird or a fly… Drawing conclusions based on assumptions is not correct, but we are concerned. We see that the United States is concerned as well," Erdogan stressed.

© AP Photo / Virginia Mayo
US Senators Urge Trump to Explore Sanctions Against Saudi Arabia Over Missing Columnist Khashoggi
According to media reports, the Turkish investigators believe that Khashoggi was murdered inside the consulate, but Saudi authorities have denied the allegations and also said that they were unable to provide any evidence as video cameras around the consulate did not work on the day of Khashoggi's disappearance.

US President Donald Trump has discussed the incident with high-level Saudi officials, while US National Security Adviser John Bolton and US Senior Adviser Jared Kushner have been in contact with Saudi Crown Prince Mohammed Bin Salman in the search for more details related to the case and transparency in the investigation process.

In early October, media reported that Khashoggi went missing in Turkey. He was last seen entering the Saudi Consulate General, where he had to obtain documents required for his upcoming marriage.