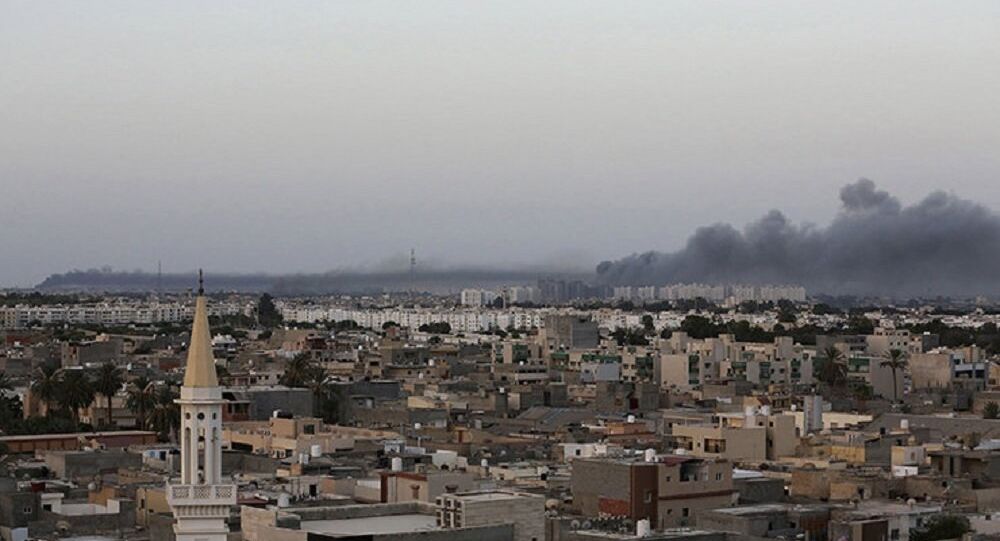 MOSCOW (Sputnik) - Russia does not have any military presence in Libya, the deputy chair of the Russian upper house’s defense committee, Alexei Kondratyev, told Sputnik on Tuesday following media reports claiming that Moscow was allegedly plotting to establish a stronghold against the West in Libya.

On Monday, The Sun reported that the UK intelligence had warned UK Prime Minister Theresa May of Moscow's alleged plans to send weapons and troops to Libya to turn it into "new Syria" and take control of migration routes to Europe thus increasing Moscow's influence on the West. According to the newspaper, two Russian military bases were already operating in Libya's coastal towns of Tobruk and Benghazi and Russian special forces were allegedly training groups in Libya's eastern regions.

"There are no our military servicemen [in Libya] and their presence is not planned. How could they be there without official request by the country's authorities," Kondratyev said.

© AFP 2020 / MAHMUD TURKIA
Libya Seeks Intl Community's Aid to Solve Country's Ongoing Crisis - Envoy to US
According to the lawmaker, the media report was nothing more than an attempt to "discredit Russia in its fight against terrorism."

The Russian Embassy in London has said earlier in the day that the reports were an attempt to shift the responsibility for the crisis in Libya from NATO on Russia.

Libya has been in turmoil since the NATO military intervention and overthrow of the country's long-time leader, Muammar Gaddafi, in 2011. The country is divided between two governments, with the eastern part controlled by the Libyan National Army and the western part governed by the UN-backed Government of National Accord of Prime Minister Fayez Sarraj.