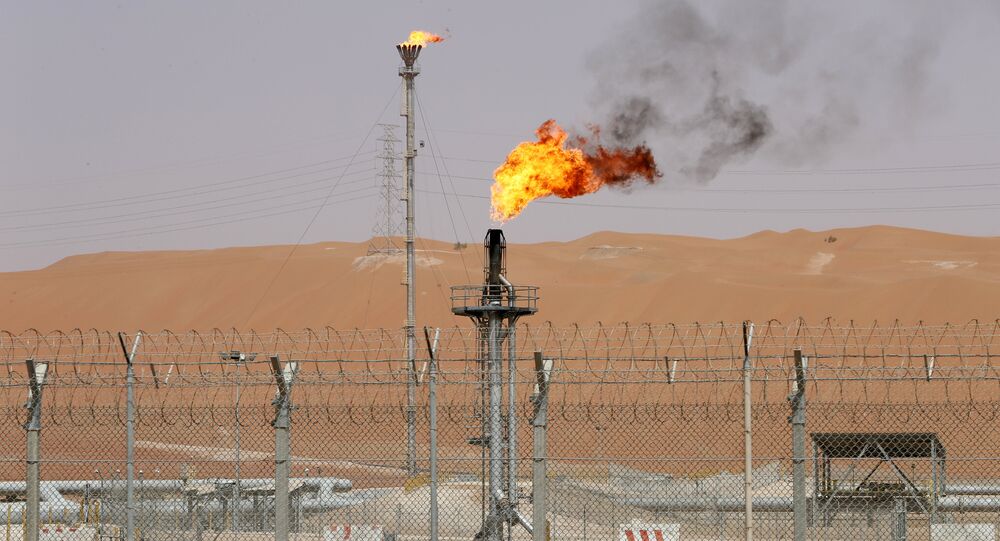 Washington's unilateral oil sanctions of Tehran have led to a sharp drop in Iran's crude oil exports and to a price hike in the oil market. Meanwhile, Saudi Arabia's crown prince has insisted that his kingdom is replacing lost Iranian oil with its own output.

Iranian Oil Minister Bijan Zanganeh has dismissed claims by Saudi Crown Prince bin Salman that Riyadh was making up for the loss of Tehran's oil supplies as "nonsense."

"[Saudi Crown Prince Mohammed] bin Salman's remarks can only satisfy [US President Donald] Trump. No one else will believe him. Iran's oil cannot be replaced by Saudi Arabia," Zanganeh said on Monday, as cited by his ministry's official website.

"Any country that makes such claims… just wants to display its support to the U.S. sanctions against Iran," the minister was quoted as saying.

His comments came after bin Salman told Bloomberg on Friday that Riyadh had fulfilled its promise to Washington to replace Iranian oil lost over renewed Washington's sanctions.

Earlier this year, Donald Trump reinstated economic sanctions on Tehran after pulling the US out of the Joint Comprehensive Plan of Action, a landmark deal that the Islamic Republic struck with six major world powers in 2015. The agreement curbed Tehran's nuclear ambitions in exchange for the removal of crippling sanctions from the country's economy. The POTUS explained his move by claiming that the "poorly negotiated" deal didn't prevent Iran from reaching nuclear weapons capability.

Additional American sanctions targeting Iran's oil supplies are scheduled to take effect on November 4. Given that the United States has threatened companies and countries doing business with Tehran and buying local oil with sanctions, Iran's oil exports have already seen a sharp drop. The country's crude sales plummeted by a whopping 62 percent since May, while oil prices hit a four-year-high last week.

It emerged last month that Saudi Arabia, the only oil producer able to adjust its output, was unlikely to produce 12 million barrels per day to cover Iranian oil exports once Washington introduces restrictions. The state-run Saudi Arabian Oil Company, known as Saudi Aramco, was telling its potential customers its crude would be in short supply in October, the Wall Street Journal reported on Friday, citing Saudi officials.