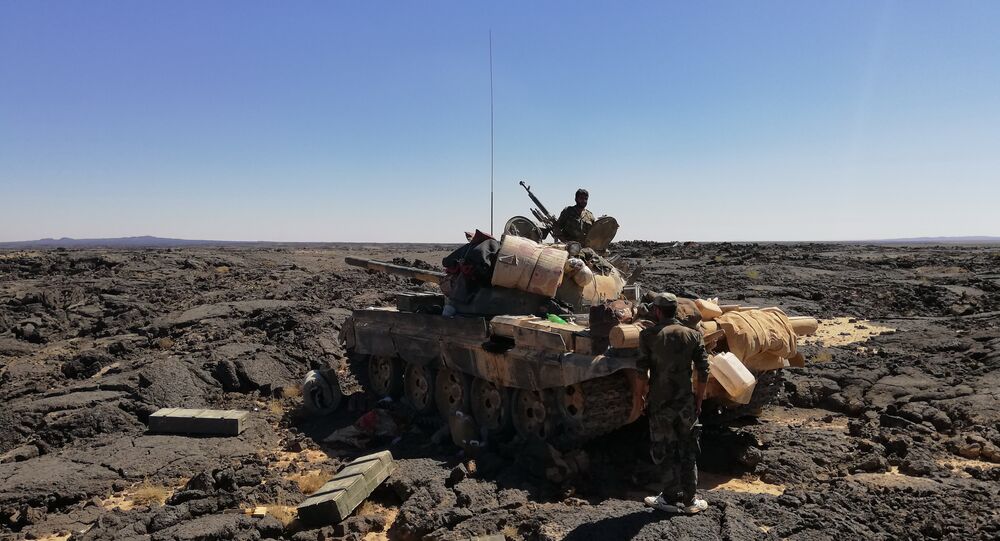 The government forces continue to crack down on terrorists based near the strategic heights of Tulul al-Safa in southern Syria's al-Suwayda desert. The military operation is due to be wrapped up before the end of this fall.

As a result of the Syrian Army's ongoing offensive on terrorist bases in the vicinity of the Al-Suwayda desert in the country's south, jihadists have been cut off from recent freshwater supplies.

After losing access to major sources of water, the militants were substantially weakened and no longer able to offer much resistance to government troops' attacks.

In late September, the Syrian Army liberated about six square kilometers (3.7 miles) of the problematic mountainous area, where many fortified militant positions were discovered, along with arms and a food warehouse, as well as a medical aid post.

© Sputnik / Mikhail Alaeddin
Syrian Army Shifts Forces From Idlib to Southern Syria in Push to Eliminate Daesh
In August, the Russian General Staff confirmed that the Syrian government had successfully restored control over the provinces of Al-Suwayda, Daraa and Quneitra in the southern part of the country.

Control was established in part due to efforts by the Russian Reconciliation Center, which convinced some of the militants to lay down their weapons and either move to Idlib province to reunite with their families or to join the fight against Daesh* and other terrorist groups.