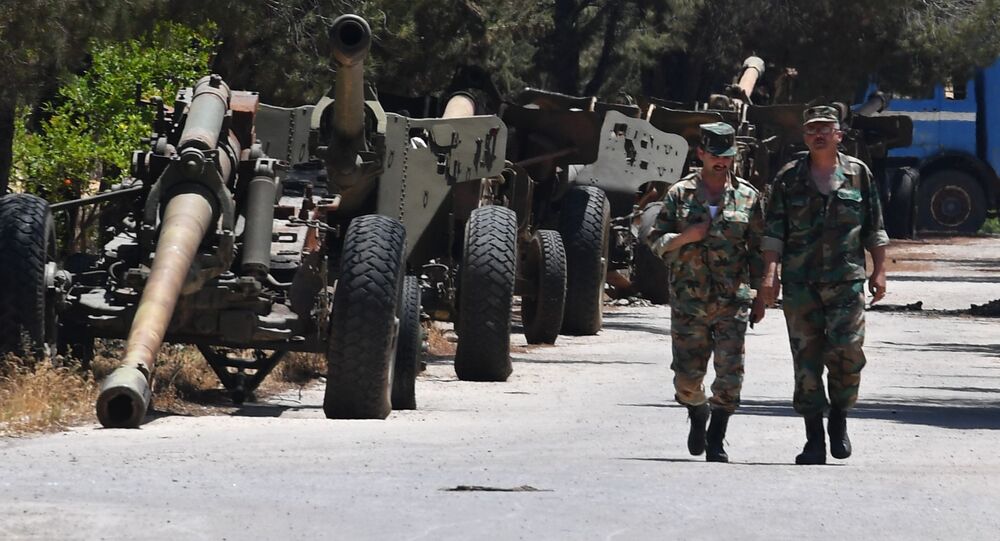 BEIRUT (Sputnik) - The Syrian army has foiled an infiltration attempt by affiliates of the Kataeb Al-Ezza militant group in the north of Hama province, which borders the embattled Idlib province, the SANA news agency reported on Thursday.

According to the SANA news agency, the attackers, moving from the direction of Morek town toward military positions surrounding the town, suffered heavy losses in personnel and equipment.

© REUTERS / Ammar Abdullah
Over 300 People Left Idlib Safe Zone Over Past 24 Hours – Russian Military
On September 17, Russian President Vladimir Putin and his Turkish counterpart Recep Tayyip Erdogan signed an agreement on setting up a 9-12 mile demilitarized zone in Idlib along the contact line of the armed opposition and the government forces by October 15. Russian Defense Ministry’s center for Syrian reconciliation, however, reported about continuing ceasefire violations in the area.

The province of Idlib is the remaining hotspot of militant insurgency in Syria after the government forces have regained control over the rest of the country's territory.