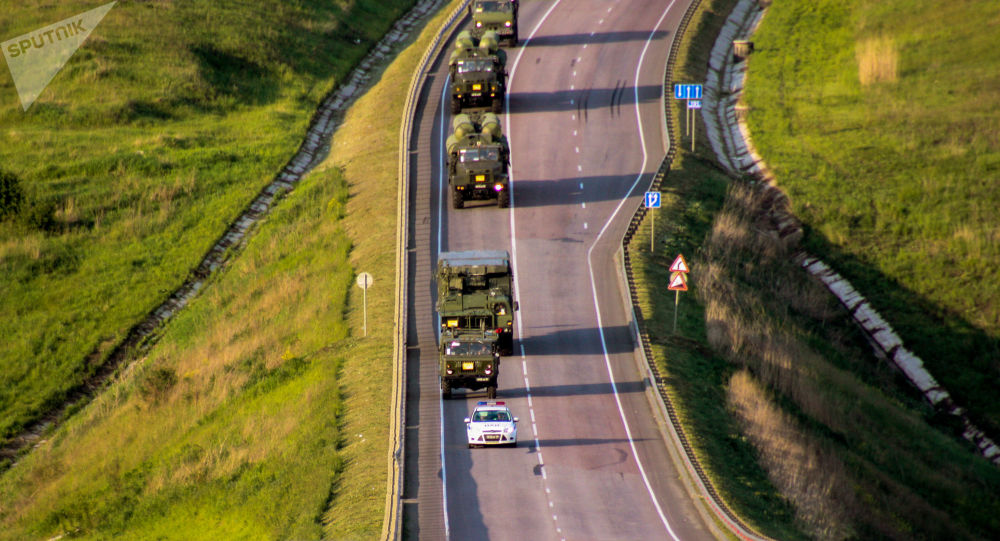 The Kurdish-led Syrian Democratic Forces (SDF) are hopeful to revive a dialogue with Damascus and are against any military solutions, the head of the US Mission of the Syrian Democratic Council (SDC), the SDF’s political wing, Sinam Mohamad told Sputnik.

© AP Photo / Ariel Schalit
Israel Hiding Behind US in Syria, Unlikely to Face Russia Directly – Israeli Politician
The Syrian Democratic Council (SDC), the political wing of the Kurdish-led Syrian Democratic Forces, wants to see Syria decentralized and its new constitution recognizing the rights of all Syrians, Chief of US Mission of the SDC Sinam Mohamad told Sputnik.

She noted that the constitution should protect the rights of all nations and religious groups living in Syria.

"[The constitution] must protect their rights [such] as education rights, cultural rights, political rights, all these things must be guaranteed in this constitution," she said.

Last week, the Small Group on Syria set an October 31 deadline for UN Special Envoy for Syria Staffan de Mistura to report on the progress on convening a committee to draft a new Syrian constitution. Meanwhile, earlier this week on the sidelines of the UNGA, de Mistura said that the constitutional committee for Syria could very possibly be launched in October.

© Photo : Russian Defence Ministry
State Dept Warns of 'Serious Escalation' if Russia Sent S-300 Air Defense Systems to Syria
The decision to set up a commission tasked with introducing changes to the country’s constitution was made at the Syrian National Dialogue Congress in the Russian resort city of Sochi in January. De Mistura, who is in charge of forming the commission, is expected to single out some 40 people from 150 candidates from guarantor countries, government, opposition groups and civil society.

The Syrian Kurds announced the creation of the federal region of Rojava in 2016, with Damascus saying the move had no legal power. Later that same year, the region was renamed to the Democratic Federation of Northern Syria. In late September 2017, Syrian Foreign Minister Walid Muallem said Damascus was ready to discuss the issue of the Syrian Kurds' self-determination once the fight against the Islamic State terrorist group (banned in Russia) was over.

© Sputnik / Valeriy Melnikov
Syria Ready to Open Quneitra Checkpoint on Border With Israel
The Kurdish-led Syrian Democratic Forces (SDF) have thousands of captured members of the Daesh* terrorist group, most of whom are foreigners, and is calling on foreign nations to take their citizens back, Sinam Mohamad, the head of US Mission of the Syrian Democratic Council, the SDF’s political wing, told Sputnik.

When asked about the exact number of captured Daesh fighters being held by the SDF, Mohamad said: "I don’t know really [how many]. They have thousands … They are in the hands of the SDF and most of them are foreigners," she explained.

She called on foreign nations to contact the SDF and take back Daesh members who were their citizens.

"So, we are asking their countries to come and make a deal to get them to their countries. So, we need any countries which have their terrorist members or IS members who are captured now let them make contact with our administration in the Jazira Region so that they can take this member to their country. We need that," Mohamed said.

She noted that several countries had already taken back some of the foreign fighters.

"I think that Russia took some Russians. They went to Jazira and they took some. Even Sudan, they took [some IS members] recently. Indonesia," Mohamed stated.

© REUTERS / Omar Sanadiki
All Syria Should Be Cleared of Terrorists, Foreign Presence - Syrian Foreign Minister at UNGA
In August, the deputy commander of the Combined Joint Task Force — Operation Inherent, UK Army Maj. Gen. Felix Gedney, said that all individuals currently held by the SDF were properly detained. Gedney explained that there were some 600 detainees from more than 40 countries being held.

In addition, Gedney said that the number of foreign fighters had largely decreased and that there were no new fighters coming to the battlefield in Syria.

The Syrian Democratic Council (SDC), the political wing of the Kurdish-led Syrian Democratic Forces, wants to participate in the Geneva talks on Syria as well be part of a constitutional committee, the head of US Mission of the SDC, Sinam Mohamad, told Sputnik.

"We as the Syrian Democratic Council have asked many times to be in the Constitution group now and we hope that we will be invited, and in the Geneva talks, both of them … We should be there as we are in the northeast of Syria, we defeated ISIS [Islamic State terrorist group, banned in Russia] there, and liberated a large area … cities, like Deir ez-Zor, Raqqa, Kobani, Manbij and so on. All these were occupied by ISIS and the SDF liberated them, and I think this is very fair that this will be in the negotiation committee," Mohamad said.

Last week, the Small Group on Syria set an October 31 deadline for UN Special Envoy for Syria Staffan de Mistura to report on the progress on convening a committee to draft a new Syrian constitution. Meanwhile, earlier this week on the sidelines of the UNGA, de Mistura said that the constitutional committee for Syria could very possibly be launched in October.

"As for a constitution committee now, our vision, as the Syrian Democratic Council, is that it is very important to have all the representatives of Syrian people in this constitution. Otherwise, this constitution will not be completed on, it won’t work … If you keep some people and you exclude the other people — who are the big area in the East of Syria — from this constitution it will not work at all," Mohamad said.

She went on to say that the SDC was excluded from the Geneva talks.

The decision to set up the body was made at the Syrian National Dialogue Congress in the Russian resort city of Sochi in January.

© AP Photo /
US General Claims Russian S-300s Will Create 'Unstable Conditions' for Syria
According to de Mistura, the committee, aimed at facilitating the peace process to end the conflict, will comprise three groups — the Syrian government, opposition delegation as well as a group made up of Syrian experts, members of civil society, tribal leaders, women and independents.

The international community has taken a number of steps aimed at settling the Syrian crisis, including through negotiations in Astana, Geneva and Sochi. Astana hosts talks related to military aspects of the conflict resolution process. One of the most notable outcomes of the Astana talks was the memorandum on the creation of de-escalation zones in Syria.

Kurds have consistently been left out of Syrian peacemaking efforts over demands of Turkey, which sees their presence in border regions as a national security threat.