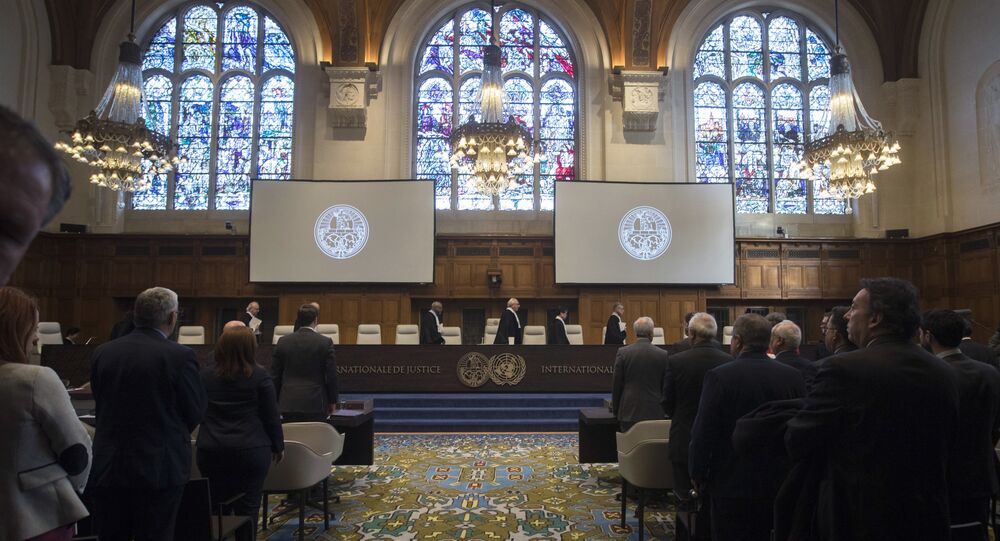 Judges from the International Court of Justice, the highest tribunal at the United Nations, have handed a victory to Tehran, who has claimed that US sanctions imposed in May violate the terms their 1955 Treaty of Amity.

The International Court of Justice has demanded the US suspend sanctions on Iran related to humanitarian aid and spare parts supplies for civil aviation.

Washington must "remove, by means of its choosing, any impediments arising from" the re-imposition of sanctions to the export to Iran of medicine and medical devices, food and agricultural commodities and spare parts and equipment necessary to ensure the safety of civil aviation, the court said in a preliminary ruling in the case.

"Both Parties shall refrain from any action which might aggravate or extend the dispute before the Court or make it more difficult to resolve," the ICJ said.

Iran has welcomed the UN court's ruling, emphasizing that it proves the US sanctions against Iranians are "cruel and illegal," Tasnim news reported.

"The Islamic Republic of Iran, welcoming the ICJ's decision and its preliminary ruling regarding the illegal step by the US government that reinstated unilateral sanctions after the country's withdrawal from the nuclear deal, believes the court's decision is another clear confirmation that Iran is right, and that American sanctions against our country's people are illegal and cruel," the ministry said.

UN top court rules that US must comply with obligations violated by re-imposing sanctions on Iranian people when exiting #JCPOA. Another failure for sanctions-addicted USG and victory for rule of law. Imperative for int’l community to collectively counter malign US unilateralism. pic.twitter.com/8AMGL0tqXU

© AP Photo / IRNA, Kazem Ghane
IAEA Says Inspected All Locations in Iran Required by Additional Protocol
​In the complaint, Iran stated that the United States had violated the Treaty of Amity, Economic Relations, and Consular Rights signed in 1955 by the two states.

The US declared the reinstatement of the sanctions after withdrawing from the Joint Comprehensive Plan of Action, commonly referred to as the Iranian nuclear deal in May, blaming Tehran for not complying with the deal.

© AP Photo / Sepahnews via AP
Here’s What Western Countries Can Learn From Iran’s Response to Terrorism
Washington's sanctions have impacted not only Iran but countries that have trade relations with Tehran as well. And although the European Union has not accepted the reinstatement of the sanctions, European countries have become cautious of dealing with Iran.

In August, the first round of US sanctions against Iran was reinstated. US President Donald Trump said during a speech at the UN General Assembly on Tuesday that the next round of restrictions will be re-imposed on Iran on November 5, after which Washington will introduce more sanctions against Tehran.