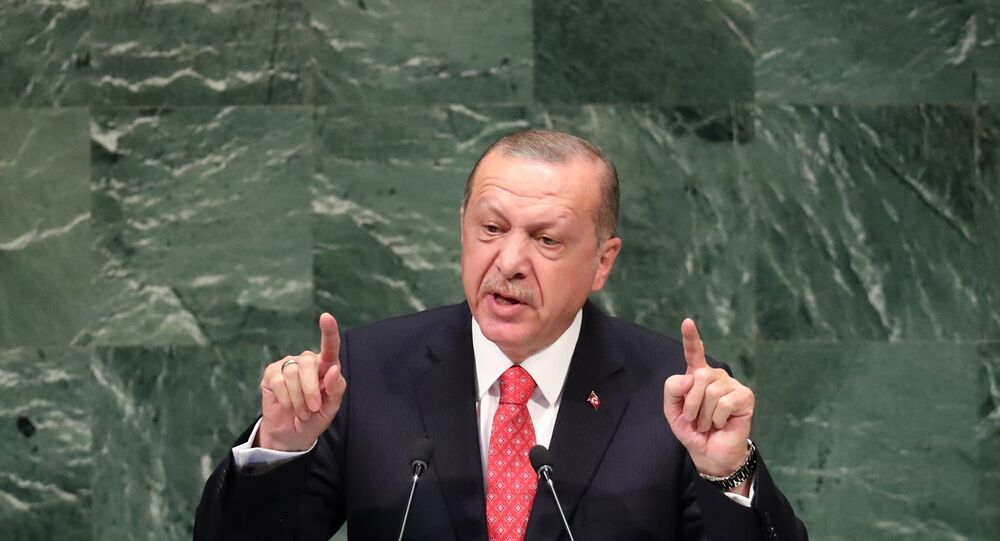 Turkey's President Recep Tayyip Erdogan has stated that he will continue to seek a solution with the Syrian people, not the Syrian Government, stressing that he has never taken incorrect measures in the country.

Ankara's observation points in Syria's Idlib are being strengthened, as the country is taking measures in partnership with Russia against radical groups, Erdogan stated speaking to members of his AK Party in parliament.

Turkey will hold a summit with Russia, Germany and France in October or November, according to Erdogan.

In September, Syrian Foreign Minister Walid Muallem stated that the problem of terrorist groups remaining in the Syrian Idlib de-escalation zone could be solved by Turkey, the country through which the militants had come to Syria.

The agreement was proposed to prevent bloodshed in the area, as the Syrian government was preparing an offensive in response to what it said were provocations in the militant-held enclave.