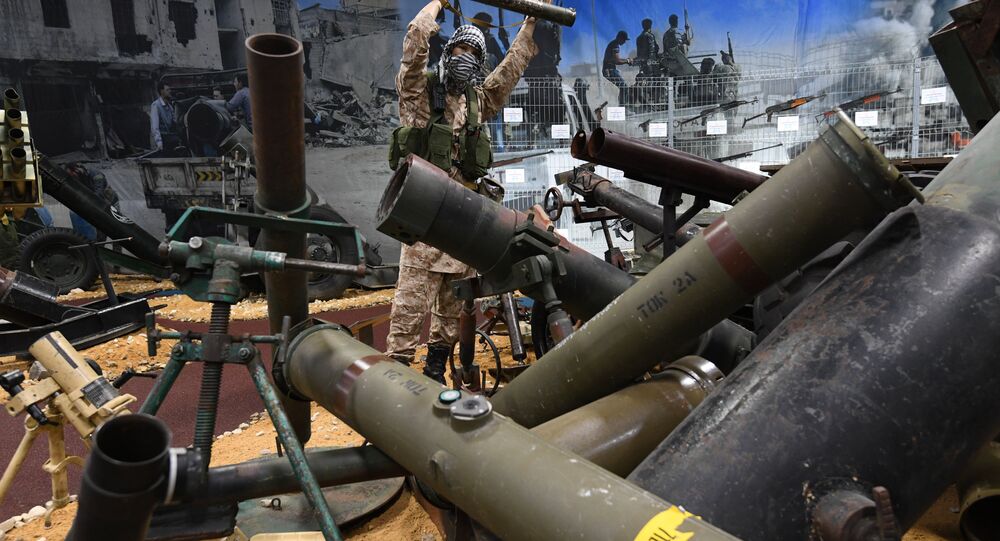 UNITED NATIONS (Sputnik) - Many EU countries are interested in Syrian refugees' return to their homeland, and they will be ready to invest in a disarmament program of militants, UN Assistant Secretary-General for Rule of Law and Security Institutions in the Department of Peacekeeping Operations Alexander Zuev told Sputnik.

The preparation of such a program may take several months, but there is still no a corresponding mandate of the UN Security Council neither a request from Damascus, Zuev said.

"[Disarming of militants] is profitable to donor nations [EU member states] from all points of view, including for gaining political capital or due to social-economic reasons. Other states, such as France or the United Kingdom, have historic responsibility, as they have been traditionally actively involved in Middle East affairs," Zuev said.

© REUTERS / Wsam Almokdad
No Date Set for Reopening Border With Syria, Talks Underway - Jordan's FM
According to Zuev, it is easier for EU states to "make a one-time investment in our program rather than to look for these militants in their own countries, some of whom pose security threats."

Such countries as Sweden, Germany, Norway, the Netherlands and France are also interested in stopping migrants flows from the Middle East and from Syria, in particular, Zuev noted.

According to him, the Department of Peacekeeping Operations has a special branch dealing with disarmament, demobilization and reintegration of members of armed groups into society. However, at the moment, there are no legal grounds for starting such a process in Syria.

"There is no a UN Security Council mandate, neither a request from the Syrian government," Zuev explained.

"Our department is now engaged only in the mine clearance operations in Syria and the relevant agreement was signed on July 4 with the government of the Syrian Arab Republic, and this was the first official agreement between the United Nations and Syria," Zuev added.