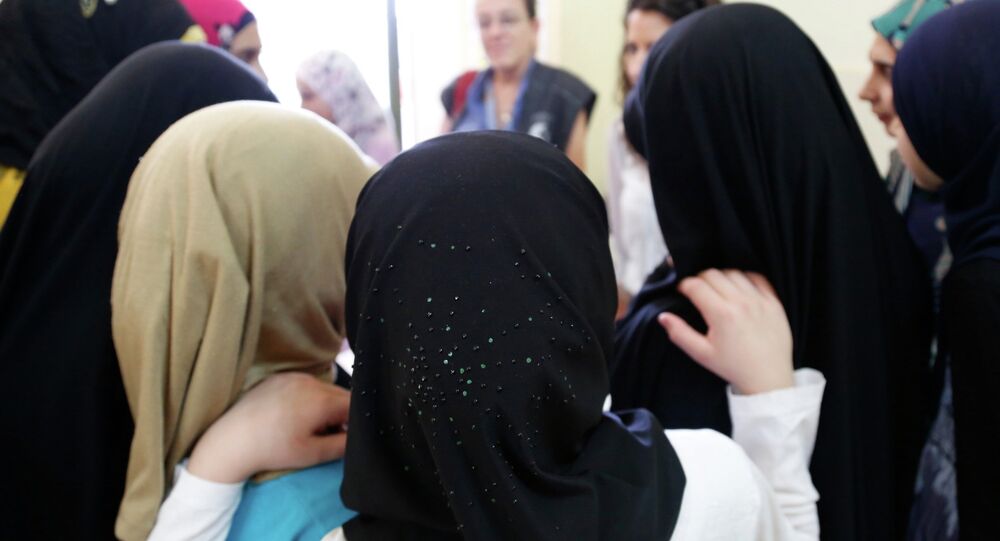 From Selfie to Death Warrant: Muslim Women Use Social Media Despite Threats

The murder of a beauty queen, who was shot dead by a group of unknown assailants in Baghdad, has followed the suspicious deaths of other female Instagram bloggers from Iraq and brought into spotlight similar stories from other Muslim countries, where local girls have paid for their social activity with their lives.

After 22-year-old Iraqi model Tara Fares was shot dead by gunmen in Iraq, many netizens have taken their fear and alarm to social media, claiming her murder is an ominous sign of the existing problems in the country’s conservative society.

To all those religious iraqis out there that think iraq belongs ONLY to their religion. You want to be religious put a scarf on, pray etc, dont be Happy for the death of a girl like Tara Fares. Iraq is everyone not only for you

i really shocked when i saw her dead news it isn’t normal in less than 2 monthes this is the third female activist in iraq die in an ubnormal condition.. may your soul rest in peace #Tarafares pic.twitter.com/N2KL3vP54p

Model & Social Media Star Tara Fares was killed in Iraq by gun men for simply being a woman and living her life, there’s been several social media Stars that were women that were killed in Iraq, so sad that these men have to stoop to this smh, RIP baby girl ❤️🙏🏼 pic.twitter.com/8X8UiqZ84e

Tattooed Fares, reportedly crowned Miss Baghdad in 2015, gained an impressive following of 2.7 million people and was voted one of Iraq's most influential social media personalities. However, along with admiring comments from her fans and friends, the girl, who often posted pictures in shorts, short skirts and short-sleeved dresses, considered normal in the West, but inappropriate in the eyes of the conservative Islamic society, was often threatened because of her photos. Even her death didn’t stop the flow of negativity.

muslim kurds on this app are really referring to Tara Fares (an INNOCENT woman who was MURDERED) as a “slut” and “qahpa”… would u ever have the confidence to say those words to a woman’s face in real life???

​Just a month before her murder, two women, who had accounts dedicated to fashion and beauty, were found dead under suspicious circumstances. One of them was a local plastic surgeon, dubbed “Iraqi Barbie”; the other owned a beauty salon.

This spat of deaths freshened memories about the murder of Pakistani model and blogger Qandeel Baloch, dubbed the Pakistani Kim Kardashian. The 26-year-old woman, who provided for her family with her social media activities, had been strangled by her brother. He later claimed that he had no repentance for his deeds, as his sister, who posted bikini pictures, was a shame for the family.

READ MORE: Iranian Woman Says She Was Given Two Years in Jail for Anti-Hijab Protest

However, the rage of families and religious countrymen doesn’t stop many young people in Muslim countries from enjoying a social media presence.
In Iran, posh guys and girls share snaps of their beautiful lives with fashion shoots, restaurants, yachts and pool parties, on an Instagram account called the Rich Kids of Tehran. While some women in the photos stick to traditional hijabs, covering their heads, others pose in bikinis and tiny dresses.

Some young Iranian have turned their social media activity into protests as girls and women  dare to post photos with uncovered head under the hashtag #mystealthyfreedom.