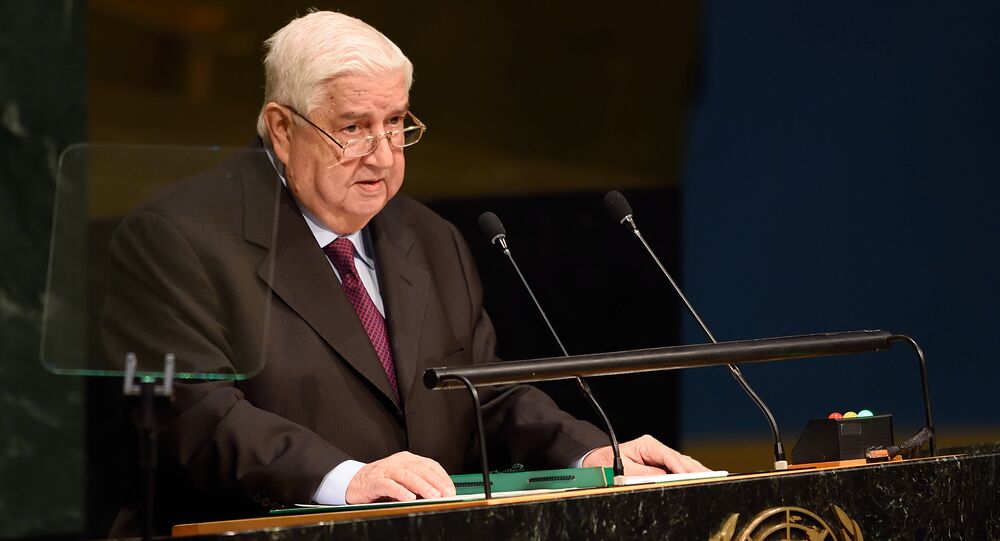 During his speech, he also reiterated Damascus’ determination to fully liberate the Israel-occupied Golan Heights up to the line of June 4, 1967, “just as we liberated southern Syria from terrorists.”

© REUTERS / Omar Sanadiki
All Syria Should Be Cleared of Terrorists, Foreign Presence - Syrian Foreign Minister at UNGA
Muallem called on the international community to compel Israel to abide by UN Security Council resolutions, including the one on the Golan Heights.

The diplomat also urged the international community to “help the Palestinian people establish their own independent state with Jerusalem as its capital and facilitate the return of Palestinian refugees to their land.”

He also characterized as null and void Israel’s “racist” nation state law and the US decision to relocate its embassy from Tel Aviv to Jerusalem.

Israel took control of the Golan Heights during the Six-Day War of 1967, while the Israeli parliament later announced that the territory belonged to Israel. However, the United Nations urged Israel to leave the land. Some of the territory was later returned to Syria.