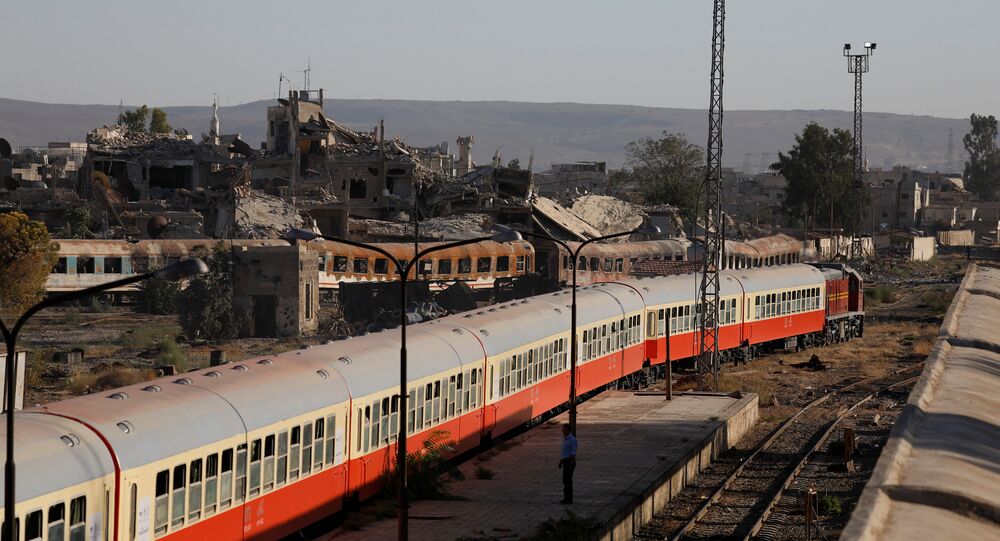 Syrian Foreign Minister Walid Muallem said Saturday that the fight against terrorism in the country was almost over, adding that the situation had become more secure.

"The situation on the ground has become more secure and stable, and the battle against terrorism is almost over. We are committed to continuing the holy battle until we clear the entire territory of Syria of terrorist groups and illegal foreign presence," Muallem said at the annual General Debate of the United Nations General Assembly.

"Governments [of some countries] formed an illegal international coalition led by the United States under the pretext of fighting terrorism in Syria. It became clear that the goals of the coalition fully coincide with the goals of terrorist groups that wreak havoc, death and destruction in their path," the Syrian minister said.

"The coalition completely destroyed the Syrian city of Raqqa. It destroyed the infrastructure and public services in the areas against which its actions were directed at. It committed mass killings of civilians, including children and women, which are war crimes under international law," Muallem stressed.

On Chemical Weapons Use

At the same time, according to Muallem, allegations that Damascus used chemical weapons are being utilized to justify aggression against Syria.

"Western countries dispose of scenarios and accusations prepared in advance in order to justify aggression against Syria," Muallem noted.

© AP Photo / Richard Drew
Lavrov at UNGA: Russia Warns Against New Chemical Weapon Provocations in Syria
He called the White Helmets the main tool for staging chemical attacks, adding that this was a terrorist organization created with the financial aid of the UK intelligence.

Last week, member of the Syrian parliament Ahmad Kuzbari told Sputnik that the White Helmets and militants in Syria's Idlib were planning to film a false flag chemical attack in an attempt to mar the Syrian government.

The senior official noted that all conditions were currently in place in the Arab Republic for the voluntary return of refugees to their homes.

"The Syrian authorities continue restoring areas destroyed by terrorists. Currently, all conditions have been created for the voluntary return of Syrian refugees to the country," he said, addressing the UN General Assembly.

During his speech, Muallem also pledged that Syria would not spare any effort to return the refugees to the homes, commending Russia's facilitation of process.

He also noted that Western countries were seeking to prevent the return of refugees by spreading "irrational fears" and using refugees as a bargaining chip.