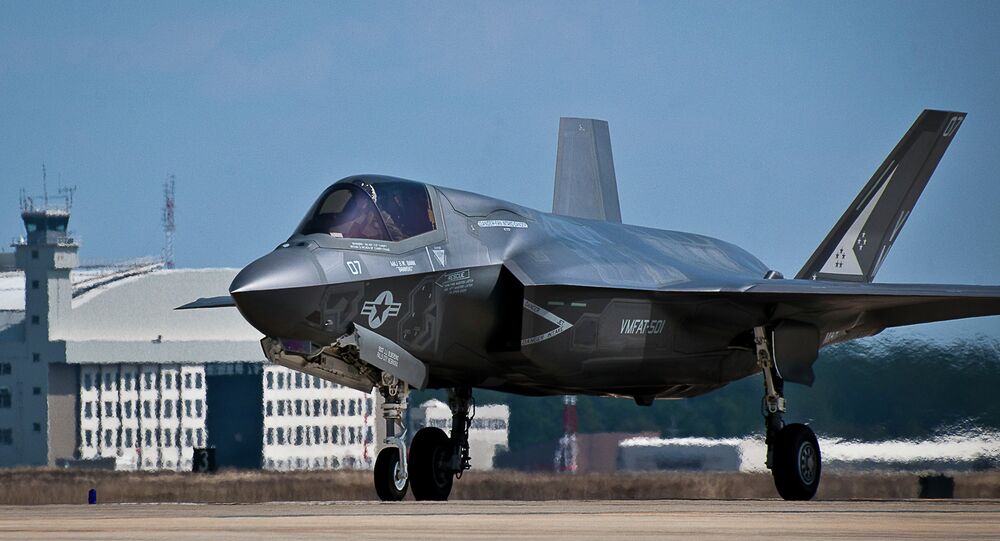 The US’ partnership with Turkey on the F-35 program remains unchanged a month and a half ahead of the deadline for Defense Secretary James Mattis to justify to Congress the strategic value of selling the Turks the jets.

The Department of Defense has 90 days from the bill's passage, which will be mid-November, to comply with the NDAA demands. Until then, deliveries of the F-35 are on hold, however the next two jet transfers were slated for next summer anyways.

Congress.gov
Section of the John S. McCain National Defense Authorization Act for Fiscal Year 2019 bill entitled "Report on the Status of the United States Relationship with the Republic of Turkey."

Part of the reason Congress included the provision targeting Ankara is Turkey's purchase of Russia's S-400 missile defense system, dubbed "F-35 killers." Another provision which didn't make the cut would have sanctioned Turkey for the purchase. Previously, State Department officials have told the Senate Foreign Relations Committee that they will sanction Turkey, a NATO ally equipped with US nuclear weapons, over the purchase, Sputnik News has reported.

Until the November deadline, it appears business is as usual, however. As long as Mattis and Secretary of State Mike Pompeo don't come out with a reason for blocking the jet transfers, two F-35s will fly to Turkey next summer.

"There has been no change to our contract or our relationship with Turkey as a partner, with Turkey as a supplier," Lockheed Martin Vice President and General Manager for the F-35 program Greg Ulmer told Military.com earlier this month.

"The decision relative to the NDAA language is really government-to-government," he added.

Last July, Mattis opposed ending F-35 deals with Turkey. "At this time, I oppose removal of Turkey from the F-35 program," he wrote to lawmakers, arguing that discontinuing the trade would harm production.

A Defense Department spokesperson told Military.com that the program will continue until the report is sent to Congress.