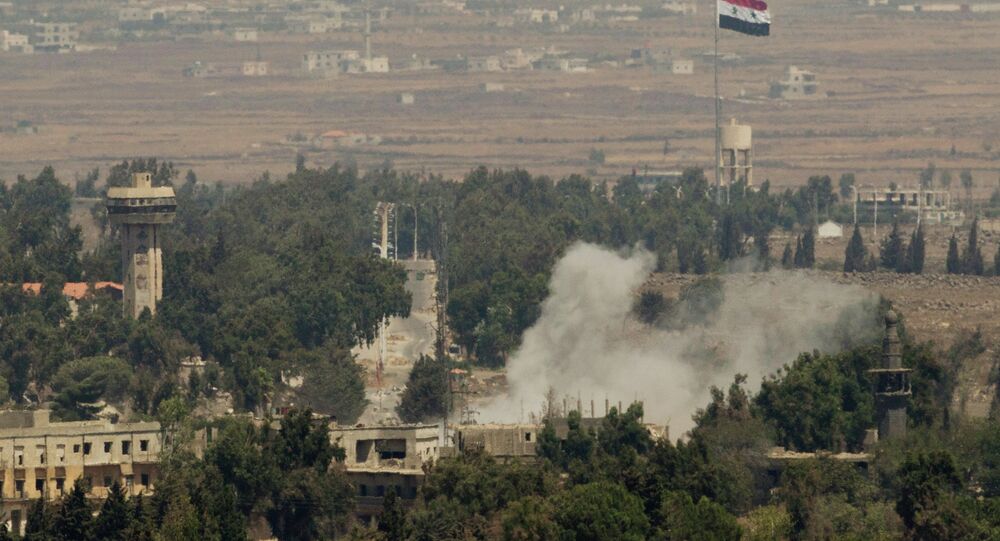 Avigdor Lieberman said that Israel was willing to resume normal activity at the crossing point and "the ball is now in Syria's hands."

However, Lieberman specified that the crossing point would be opened for UN personnel and would resume operating as before the war.

"We see Syrian police and customs officers on the opposite side of the border, work is underway, patrols of the Russian military police are passing. … We are ready to bring life back to normal," Lieberman said after visiting the Israeli section of the crossing.

© REUTERS / Baz Ratner
Israel to Continue Military Operations in Syria Despite Il-20 Downing – Israeli Defense Minister
Lieberman said that Israel remained dedicated to its non-intervention policy in Syria. He added that the reopening only meant that security considerations would now allow the crossing to function.

In May 1974, Israel and Syria signed a disengagement agreement after a military conflict fought mainly in Sinai and the Golan. Under the agreement, Quneitra returned under the Syrian government's control. In 2011, civil unrest began in Syria, leading to an armed conflict with militants gaining control of several territories.

Israeli Cabinet Orders Continuation of Ops in Syria, in Coordination With Russia