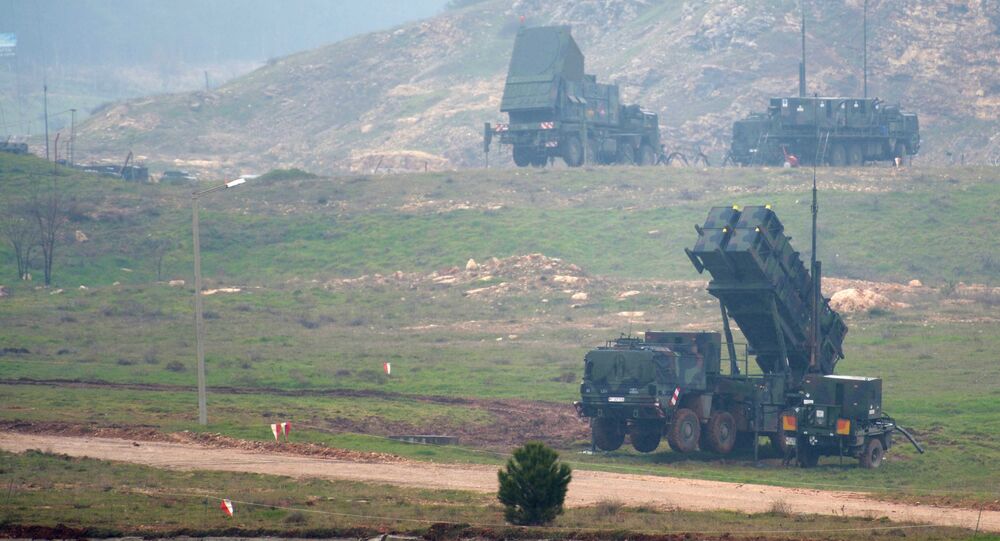 The US military is now focused to a greater extent on tensions with China and Russia, according to a Wall Street Journal report, citing senior military officials.

The United States is pulling some of its anti-aircraft and missile batteries out of the Middle East, the Wall Street Journal reported on Wednesday, citing senior US military staffers. The removal will reportedly be conducted next month.

As many as four Patriot missile systems will be withdrawn from Jordan, Kuwait and Bahrain, the WSJ stated, adding that the step essentially marks a shift of attention away from the long-lasting military confrontations in the Middle East and Afghanistan, towards soured relations with China and Russia, and subsequently to meet nascent threats from there.

With regard to Kuwait, the US has negotiated the withdrawal of a number of Patriot missile systems from the country with the its military, Kuwait's General Staff said in a statement Wednesday.

The media outlet went on to say that there were no plans to replace the Patriot systems in the Middle Eastern countries, which is seen as a significant decrease in the defense capability in the region since the batteries were used not only to protect the US bases in the region, but to provide defense for US allies. The missile systems will likely be sent back back to the United States for upgrades or refurbishing.

The report stated they had already been deactivated, with the dismantling slated for October.

US Central Command has no comment on reports that the United States plans to withdraw four Patriot missile systems from Jordan, Kuwait and Bahrain, Lt. Col. Earl Brown told Sputnik on Wednesday.

"Due to operational security concerns, we're not going to discuss the movement of specific capabilities into and out of the US Central Command area of responsibility," Brown told Sputnik. "US Forces remain postured to conduct operations throughout the region and to respond to any contingency."

The United States, meanwhile, remained committed to regional security and collaborating with its allies, according to a comment by Capt. Bill Urban, a spokesman for the command in Tampa in the US city of Florida.

The news came the day after US President Donald Trump's address to the United Nations General Assembly, in which he said that the Organization of the Petroleum Exporting Countries (OPEC), of which Kuwait is a member, should start contributing financially to their own defense.

It is not immediately clear what the exact number of US troops in the Middle East is, but according to recent Pentagon data, the country has roughly 54,000 troops in more than a dozen Middle Eastern countries and is maintaining military bases in seven of them. The general list includes Egypt, Israel, Lebanon, Syria, Turkey, Jordan, Iraq, Kuwait, Saudi Arabia, Yemen, Oman, the United Arab Emirates, Qatar and Bahrain.

According to the Pentagon's quarterly report on the US military presence around the world, published in November 2017, the number of US soldiers and civilians working for the Department of Defense in the Middle East is 54,180, up from 40,517 during the first two quarters of 2017.

Qatar, notably, hosts the largest US base in the Middle East — Al Udeid Air Base, which lies about 32 kilometers southwest of Doha. An estimated 10,000 US troops are deployed in the area.

Iran: US Blames Us for ‘Horrors’ of Its Own Creation Across Middle East