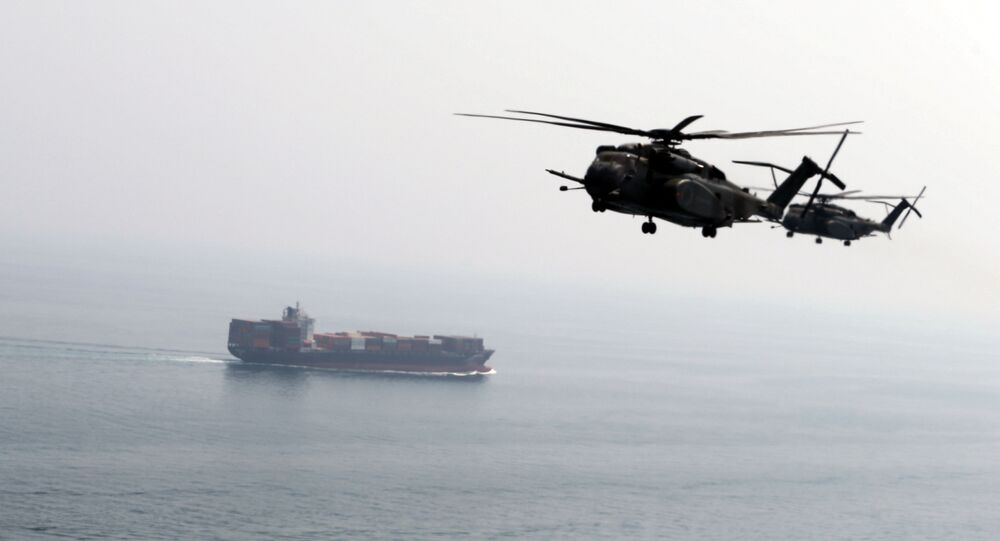 The Iranian military and the Revolutionary Guard have deployed planes and helicopters for an exercise over the Persian Gulf. This comes on the heels of Tehran's threat to close the strategic Strait of Hormuz over looming US oil sanctions.

Iran's air force has launched a drill near the Strait of Hormuz, a key shipping waterway linking the oil-rich countries of the Persian Gulf with the open ocean, the state-owned news Islamic Republic News Agency (IRNA) reported Friday.

The exercise involves aircraft of Iran's military and the Revolutionary Guard Corps, a special unit tasked with protecting the ideals of the 1979 Islamic Revolution. They include US-made F-4, French Mirage, Brazilian Tucano, and Russian Sukhoi Su-22 and Yakovlev Yak-12 jets as well as American Chinook and Bell 212 helicopters.

A spokesman for Iran's air force said that the drill was a warning to Tehran's enemies that military action against the country would trigger a "quick and stern response."

The exercise marks the start of the Sacred Defense Week, an annual commemoration of the eight-year Iran-Iraq war. The first day of celebrations begins on the day Iraqi President Saddam Hussein invaded Iran in 1980.

In July, Iran warned that it would shut down the Strait of Hormuz, which handles some 30 percent of the world's crude oil trade, over renewed US sanctions. This came after US President Donald Trump pulled America out of the landmark Iran nuclear deal between Iran and world powers in May, citing what he saw as flaws in the agreement.

Trump re-imposed crippling economic sanctions on Tehran and companies doing business with it, prompting a withdrawal of investors from the Iranian market. Washington's oil sanctions on Iran, which are set to resume on November 4, have already led to a sharp drop in Iran's oil exports: according to Forbes, the country's crude sales dropped by a whopping 62 percent since May.