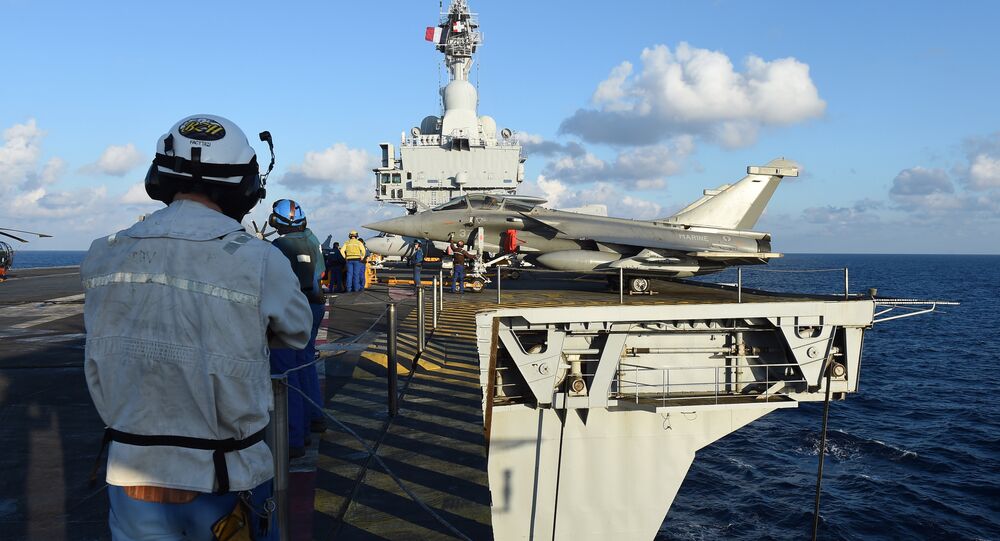 © Sputnik / Dmitriy Vinogradov
Missiles Fired on Syrian Army Infrastructure in Latakia - Syrian TV (VIDEOS)
Syrian media reported a missile attack on the coastal city of Latakia Monday evening. Some missiles hit parts of the city, according to local media, many of them were reportedly downed by Syrian air defense systems.

Russian defence ministry also said that an Il-20 aircraft with 14 people on board disappeared from the radars of aviation control during an attack of four Israeli F-16 aircraft on Syrian targets in the province of Latakia.

© AFP 2021 / Anas AL-DYAB
Attack on Syria's Idlib Risks a Severe Security Crisis - Erdogan
Earlier in the day, Russia and Turkey reached an agreement over a partial demilitarization of the Idlib province, which is the last remaining stronghold of anti-government insurgency and al-Qaeda-linked terror groups in Syria.

On Monday evening, local media reported a missile attack by an unknown force on Syria's coastal city of Latakia. A source told Sputnik that there were drones and missiles involved. Another source from Syrian military said that the missile attack on Latakia was made from the sea.