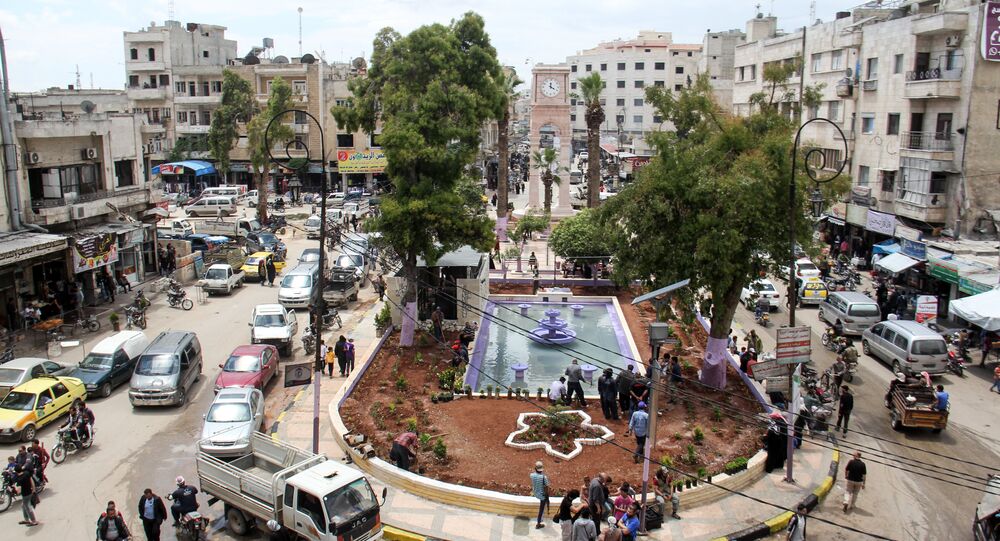 MOSCOW (Sputnik) - Buffer zone inside Syria on the border with Turkey to prevent new influx of refugees may help Russia, Iran and Turkey to reach an agreement on the Idlib province, Ozturk Yilmaz, the deputy chair of the Turkish opposition Republican People's Party (CHP) responsible for foreign relations, told Sputnik.

"Turkey’s position is a bit different [from Russia’s and Iran’s] because Idlib is geographically bordering with Turkey. Turkey of course is going to boost its security. Maybe there might be some buffer zone for the influx of additional refugees and also penetration of terrorist groups. Turkey may consider this," Yilmaz said.

The lawmaker suggested that the zone could be established 15-20 kilometers deep inside Syria.

READ MORE: Idlib Terrorists May Be Moved to One Area to Cut Civilian Losses — Opposition

"Turkey’s security concern, influx of additional refugees must be kept within the Syrian border. Maybe around 15 or 20 kilometers [inside Syria] from Turkish border. There must be some buffer zone. If this is provided I think there might be some understanding and that would easier the tension between the three parties," he suggested.

He stressed that Idlib was the Syrian city and would be controlled by the Syrian government.

Russian President Vladimir Putin and his Turkish counterpart Recep Tayyip Erdogan are currently having a meeting in Sochi.

Turkey to Cooperate With Russia on Eliminating Terrorists in Idlib - Erdogan