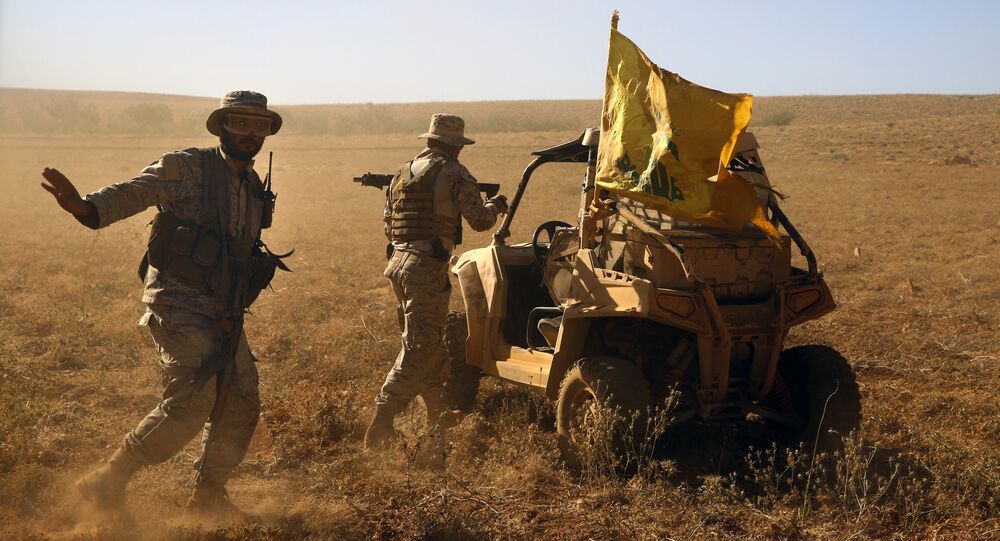 WASHINGTON (Sputnik) – The Hezbollah group has benefited from the civil war in Syria by solidifying combat experience with new weapons, despite losing nearly 2,000 fighters on the battlefield, the private intelligence Soufan Group said in a new report.

"Hezbollah has vastly expanded and solidified its network, which is already global in nature, boasting an infrastructure that spans Latin America, sub-Saharan Africa, and Southeast Asia. Closer to home in the region, Hezbollah’s partnerships with Iraqi militias and Houthi rebels in Yemen have also become more functional, serving as a force multiplier for the group and helping to extend its tentacles into new fronts," the report said.

The Hezbollah network has gained combat experience fighting in Aleppo, Deraa, Damascus, Latakia and elsewhere throughout Syria, the report read.

In the future, this network could be activated to project Iranian influence and defend Shia interests in an increasingly sectarian Middle East, the release explained.

© CC BY 2.0 / Masser / Building bombed by Israeli forces in Ghaziyeh
Israel Sees No Difference Between Lebanon, Hezbollah - Senior IDF Officer
However, Hezbollah’s gains have not come without costs for the militant network, having lost nearly 2,000 fighters in some of bloodiest battles of the Syrian insurgency, including the May 2015 battles in the Qalamoun region near the border with Lebanon, the report noted.

Hezbollah, founded in the 1980s, is a paramilitary and political organization originating in Lebanon's Shiite population. The group originally aimed to end Israel's occupation of southern Lebanon. Hezbollah's military wing is currently active in Syria, where it is fighting on behalf of the government of President Bashar Assad.