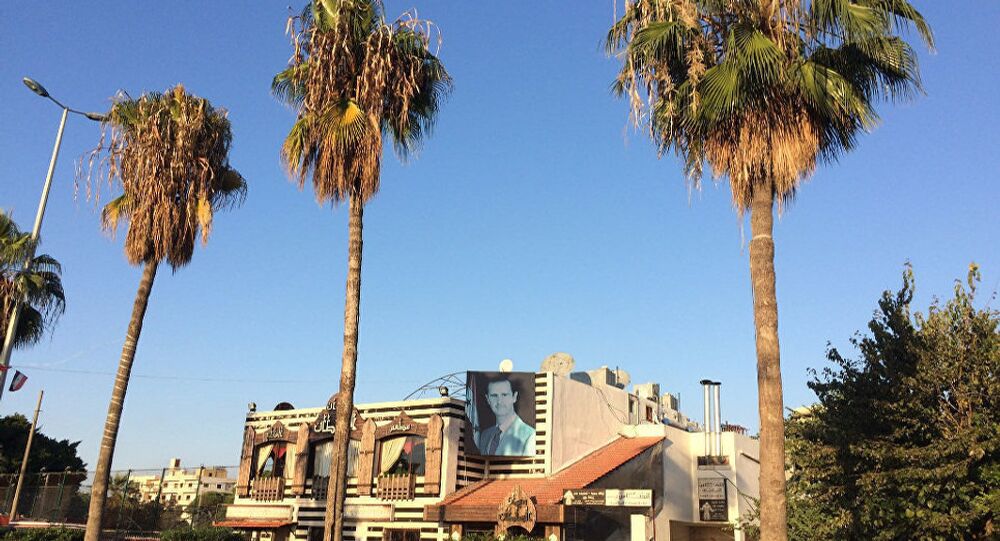 JABLEH (Syria)(Sputnik) - The first major post-war art festival in the Syrian province of Latakia has been opened with antiquities exhibition and a theatrical performance in the best-preserved Roman amphitheater in the city of Jableh.

In antiquity, Jableh served as an important city of the Roman Empire. The city's amphitheater, accommodating up to 8,000 spectators, was constructed about two thousand years ago and was chosen as a venue for the first full-fledged post-war art festival in Latakia.

© Sputnik / Murad Said
WATCH Syrian Army Shoot Down Spy Drones in Latakia
The antiquities exhibition displaying silverware, crockery, daggers exists side by side with an exhibition of oil paintings.

The first exhibition day ended with a theatrical performance in the amphitheater, with the play having told the story of the Syrian people.

According to the festival's organizers, the festival will continue until the weather gets cold and will be succeeded by other plays, exhibitions and other cultural events.

The Syrian government forces have recently regained control over vast territories once controlled by terrorists. The authorities are currently engaged in rebuilding Syria and creating conditions for peaceful life in the country.