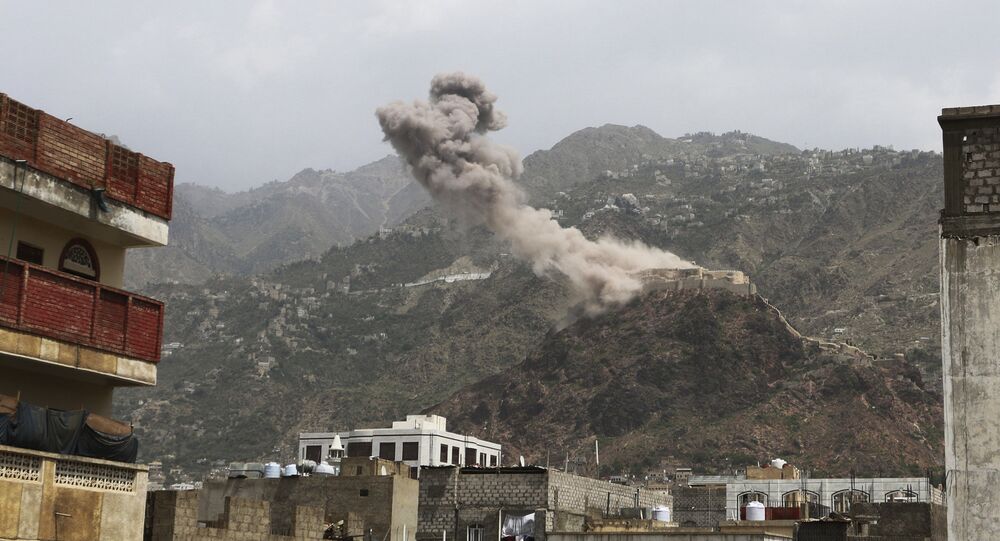 WASHINGTON (Sputnik) - The Saudi-led coalition has promised to compensate the victims of strikes in Yemen that left dozens of civilians dead, State Department spokeswoman Heather Nauert said during a press briefing on Thursday.

"They have also pledged to compensate the victims of those strikes that tragically did kill civilians," Nauert told reporters.

© AP Photo / Hani Mohammed
US Senator Slams Govt Over Refuting Saudis Alleged Civilian Bombings in Yemen
The United States sees that the coalition is making diplomatic efforts to stop the civil war in Yemen and taking steps to alleviate the humanitarian crisis in the country, Nauert added. She said the governments of Saudi Arabia and the United Arab Emirates designated significant funds to tackle humanitarian issues.

Nauert conceded that the actions of the coalition were not perfect, but said efforts to minimize civilian deaths have certainly been made. Washington commends the coalition's announcement on reviewing the rules of engagement and its willingness to listen to concerns brought up by the United States, she added.

Secretary of State Mike Pompeo announced on Wednesday the United States has certified that the governments of Saudi Arabia and the United Arab Emirates (UAE) have made serious steps to ensure that civilians in Yemen are not harmed by their military operations in the country.