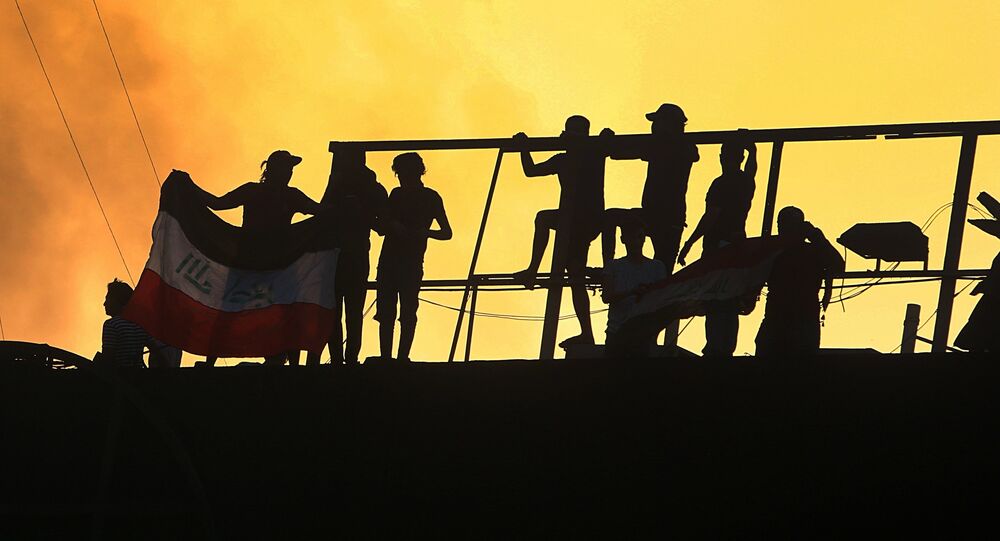 Earlier on Saturday, an Iraqi airport representative told the Associated Press (AP) that unidentified attackers had launched three Katyusha rockets at the facility, adding that no casualties or damages were reported as a result of the incident.

Iraqi officials have imposed a curfew on Basra starting at 4:00 p.m. local time (13:00 GMT) on Saturday, a military statement said.

According to the Alsumaria broadcaster, in spite of Iraqi authorities' several attempt to impose curfew in Basra in order to ease the situation, thousands of local citizens were leaving their houses every evening, and the protests showed no sign of fading.

Prime Minister Haider Abadi addressed the situation in Basra during an emergency session in the Iraqi Parliament, warning against a politicization of the crisis.

"Politics should be separated from security and services," the prime minister said, adding that he had ordered an investigation into the security forces "for not fulfilling their duties" during the unrest.

© AP Photo
Mortar Rounds Hit Baghdad as Calls for 'Revolution' in Iraq Escalate
The government has also dismissed the head of Basra Operations Command and the chief of Basra Police.

The curfew was introduced in the second biggest city of the country amid violent mass protests over a lack of basic services and corruption, with demonstrators storming and torching presidential palaces, attacking the Iranian consulate and offices of pro-Iranian political parties.

According to Iraqi Health Ministry spokesman Seif Badr, at least 13 people were killed and 50 injured during the clashes.