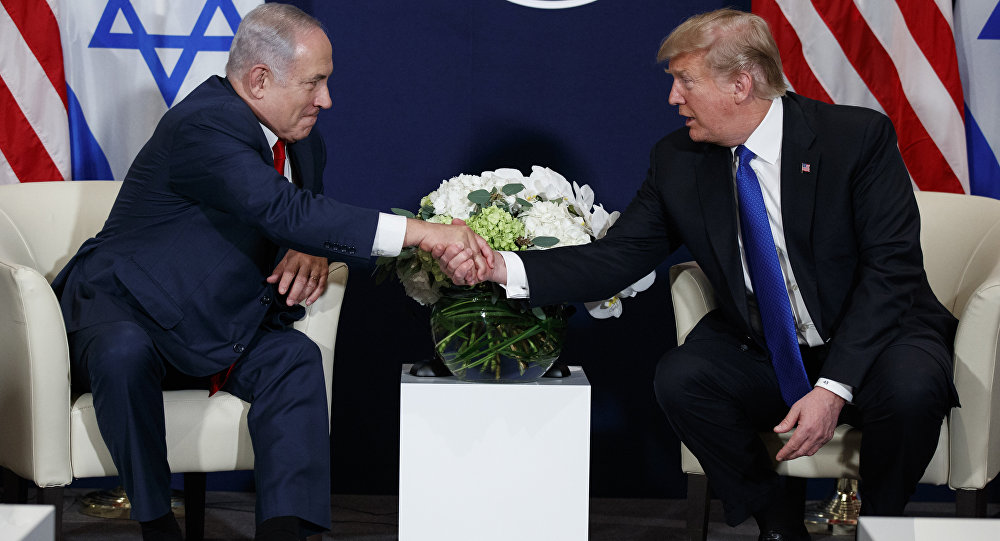 Israeli Ambassador to Washington Ron Dermer gave a speech before the White House officials and members of Congress, in which he commended two decisions that have been vigorously debated this year: the US withdrawal from the 2015 nuclear deal and the transfer of the American embassy to Jerusalem.

Ron Dermer, Israeli Ambassador to the United States, praised Washington's Middle East policy on Wednesday in a speech at an embassy reception. The event, which brought together members of Congress and Donald Trump's administration, was timed to coincide with Rosh Hashanah, the Jewish new year holiday. In his review, Ron Dermer insisted it was "hard to imagine a better year than the past year."

US Sanctions not Tough Enough?

Ever since the 1979 Islamic Revolution, Iran and Israel haven't minted diplomatic relations. Bilateral tensions have flared up in the past decades, with Tehran declining to recognize the Jewish state, which in turn berates Iran for its alleged attempts to expand its clout in Syria and elsewhere in the region.

READ MORE: Iran: US Blames Us for ‘Horrors’ of Its Own Creation Across Middle East

Ron Dermer focused on Donald Trump's two key decisions that rocked the political landscape of the Middle East in 2018. First off, Dermer praised the US withdrawal of the 2015 Iran nuclear deal, which has curtailed cash inflows to what he called Iran's "war machine."

© AP Photo / Office of the Iranian Supreme Leader
'Give Up Hope on Them': Khamenei Doubts EU Can Salvage Iran Nuclear Deal

"Thanks to President Trump and his administration, Iran's regime is facing a powerful headwind. The fear of tough US sanctions is convincing international companies to pull out of Iran. Iran's currency has collapsed. And with Iranian oil exports the next target of US sanctions, the well fueling Iran's war machine will soon start running dry."

He claimed that some European leaders are "desperately working to undermine US sanctions" and pushed for tougher sanctions on Tehran, citing its alleged aggression in Iraq, Syria, Lebanon, Yemen, and elsewhere.

In May 2018, President Trump announced the US would scrap the landmark nuclear deal, which saw Iran curb its nuclear ambitions in exchange for the lifting of crippling economic sanctions. Trump went ahead with new sanctions on Iran and companies doing business with the Islamic Republic, claiming that the 2015 agreement didn't prevent Iran from obtaining nuclear weapons. The move has prompted many companies to quit the Iranian market, fearing US sanctions, and has been widely criticized by Tehran and the remaining deal signatories, including the UK, France, Russia, and China.

No More Dances to the 'Palestinian Tune'

The envoy went on to thank Trump for his decision to recognize Jerusalem as the capital of Israel and move the American embassy there. He argued that the move hadn't damaged America's positions in the Arab world despite gloomy predictions from critics. "What is new is the behavior of many Arab states. They are no longer reflexively dancing to the Palestinians' tune," he added.

In December 2017, US President Donald Trump announced that the country's embassy would be moved from Tel Aviv to Jerusalem. This meant that the US officially recognized Jerusalem as the capital of Israel, something that Palestinians deny. The move provoked condemnation from countries supporting the two-state solution to the Israeli-Palestinian conflict, including the nations of the European Union. Mass protests flared up in the Middle East and beyond; an explosion of violence was recorded on the Israel-Gaza border, where thousands of Palestinians protested the move prior to the opening of the US embassy on May 14.