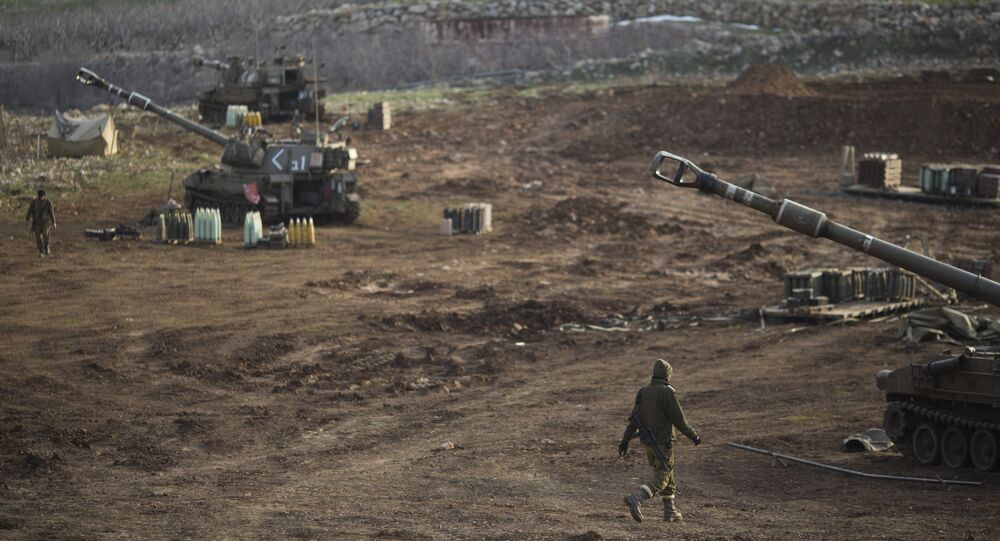 Earlier, Israeli Intelligence Minister Yisrael Katz said that the Jewish state's military had conducted hundreds of strikes against Syria over the past two years.

Iran's Fars news agency has cited high-ranking Israeli military officials as saying in interviews with the press that the Jewish state plans to escalate its strikes against Syria, including the so-called Iranian-linked targets, in the near future.

The information comes as Israeli Intelligence Minister Yisrael Katz told a conference hosted by IDC Herzliya college about the Jewish state's hundreds of strikes on Syria in the past.

"Only just now it was published — in the name of military sources, so I can quote it too — that in the last two years Israel has taken military action more than 200 times within Syria itself," Katz said.

Claiming that most of the targets pertained to Iran, Katz pointed out "the significance of this matter in terms of preserving the red line, preventing the things that Iran has done, is doing and is trying to do against Israel from Syria."

Meanwhile, the Syrian news website Orient News has published two video clips of Israel's alleged missile strike on Hama Province in central Syria. One of the clips shows a missile fly to a target, while the second reveals the consequences of the missile strike.

On September 4, the Syrian Arab News Agency (SANA) reported about a missile attack on the provinces of Hama and Tartus allegedly carried out by the Israeli Air Force, which has yet to comment on the matter. According to SANA, at least eight people were wounded in the air strike on Tartus.

On July 23, Israeli planes reportedly attacked positions in the province of Hama (220 km from Damascus) from Lebanon's airspace, causing no casualties. At the time, Syria's air defenses had managed to intercept three missiles.

© REUTERS / Ronen Zvulun
Israel Shoots Down Two Missiles From Syria Fired Amid Fights Between Gov't, Militants
The ongoing tensions between Damascus and the Jewish state escalated on July 16, when the Syrian government troops said that they had captured a strategic hill near the Golan Heights in a push to eliminate the remaining militants operating in the area, prompting Israeli forces to go on high alert.

Israel then intensified strikes in Syria, citing the alleged Iranian military presence in the Arab Republic as a pretext for its attacks.

Tehran and Damascus have repeatedly rejected the allegations, insisting that only Iranian military advisers are currently present in Syria in order to help the legitimate authorities fight terrorism.

Syria, which formally remains at war with Israel, has never abandoned its internationally-recognized claim to the Golan Heights, which were annexed by the Jewish state during the Six-Day War in 1967.

Israel Does Not Exclude Establishment of Ties With Syria's Assad – Lieberman