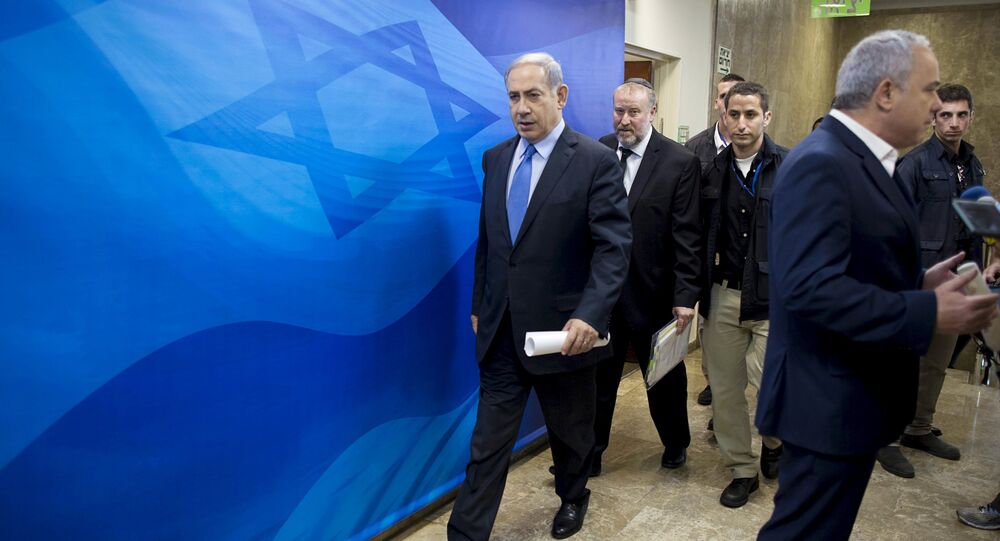 Netanyahu Discusses 'Iran's Aggression' With US Special Envoy for Syria

MOSCOW (Sputnik) - Israeli Prime Minister Benjamin Netanyahu received on Sunday in Tel Aviv US Special Representative for Syria James Jeffrey to discuss the situation in the Middle East, in particular, the Syrian and Iranian issues, the prime minister's office said.

"PM Netanyahu met with US Special Representative for Syrian Affairs James Jeffrey. The two discussed the situation in Syria and the joint effort to stop Iran's terror and aggression," the office said in a statement.

© AFP 2020 / THAER MOHAMMED
US, Israel Want White Helmets Out of Syria to Prevent Exposure – Ex-CIA Officer
Israel is one of the main US allies in the Middle East and a major consumer of US arms and military equipment. The two states share the stand on the Iran issue, joining efforts to minimize Tehran's influence in the region and in crisis-torn Syria. Israel has repeatedly expressed security concerns over the Iranian presence next to its borders in Syria.

Iranian Foreign Ministry’s spokesman Bahram Qassemi has said that Tehran would maintain its presence in Syria as long as Damascus wants it to. The diplomat noted thatthe fight against terrorism was one of the Iranian forces' tasks in Syria, apart from granting support to the war-torn country’s government.

Iranian Supreme Leader's Top Adviser for International Affairs Ali Akbar Velayati has noted that the Iranian presence in Syria was coordinated with Moscow and Damascus and did not have to be agreed with Israel.

© REUTERS / Omar Sanadiki
Russian Envoy: Iran Plays Very Important Role on Fighting Terrorism in Syria
The Israeli-Syrian relations have been strained, particularly over the disputed Golan Heights. Israel occupied the region after the 1967 Six-Day War with Syria and annexed the territory in 1981. The international community has not recognized the annexation.

Israeli Defense Minister Avigdor Lieberman said in August that Syria was seeking to reinstate the country's army to the pre-war level and even increase the number of its forces, stressing that Israel was ready to any scenarios, adding that Israel was closely monitoring the situation with the rebuilding of the Syrian army, emphasizing that his country was ready to any scenario.

'No Threat Will Deter Us': Netanyahu Slams Iran-Syria Cooperation - Reports