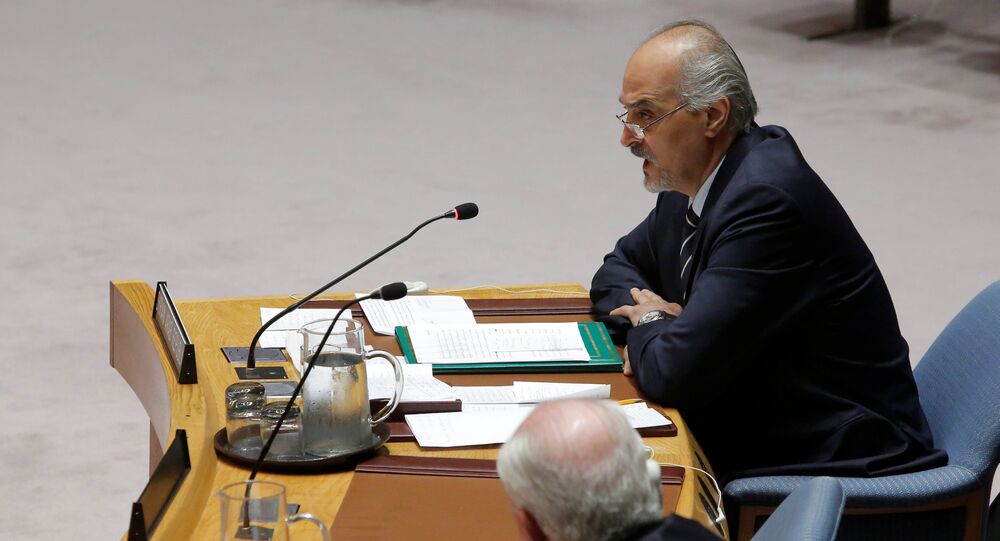 UNITED NATIONS (Sputnik) - UN Secretary-General Antonio Guterres has said in the statement that there were "growing risks" of a humanitarian disaster in the northwestern province in case of a military operation. The area has become the last safe haven for al-Qaeda and Nusra terrorists after Syrian troops won back most of the country.

Guterres made a reference to Russia, Turkey and Iran – the so-called Astana group of Syrian peace guarantors – urging them to step up efforts to find a peaceful solution to the situation in Idlib, the last remaining de-escalation zone.

In turn, Syria’s envoy to the UN Bashar Jaafari hit back Thursday at Secretary-General Antonio Guterres for taking the side of countries attacking Syria in his assessment of the crisis in Idlib.

"Here we are talking about our surprise with the statement aligning its position [with] those countries targeting my government and my country… and referring to the threats expressed by the delegates of the US, Britain and France," Jaafari told reporters.

© REUTERS / Khalil Ashawi
Turkey Working With Iran, Russia to Avoid Provocation in Syria's Idlib - Erdogan
He accused the three allies – permanent members of the Security Council – of being the ones threatening peace and security in Syria, rather than maintaining it.

"The Syrian government with its allies is the only party that is implementing UN Security Council resolutions pertaining to combating terrorism. Nobody else is fighting ISIS [Daesh] in Syria but the Syrian army supported by our allies," he said.

'No Threat Will Deter Us': Netanyahu Slams Iran-Syria Cooperation - Reports