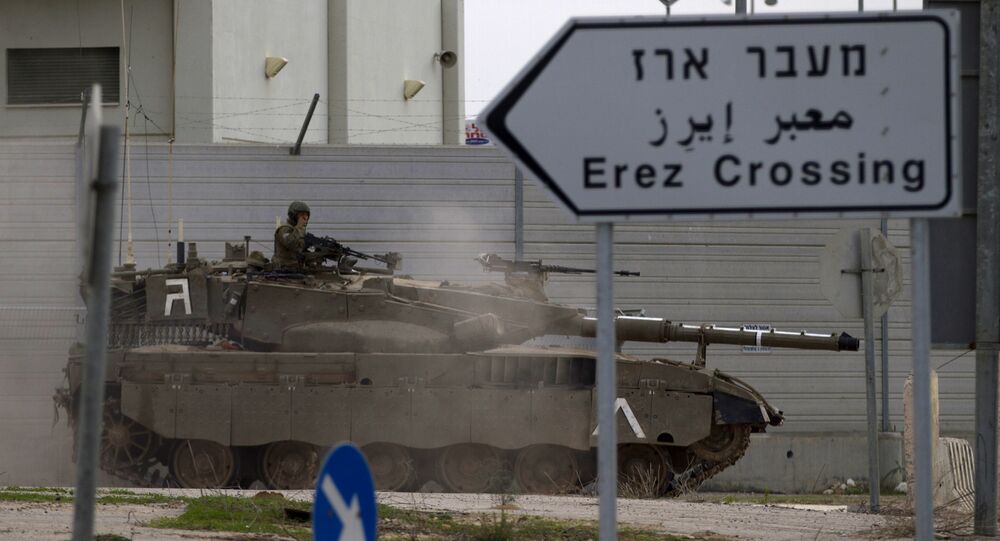 High-strung after months of unabated tension along the border with Gaza, Israeli border officials have stepped up security checks of foreign travelers entering the country.

A German citizen has said he was recently detained for hours at the Israeli border and interrogated about his “Palestinian blood,” in the latest report of the Shin Bet security service questioning travelers about their politics at the border, The Times of Israel wrote.

© AP Photo / Tsafrir Abayov
Israel Puts Gaza Border on Lockdown Over Security Concerns
In an interview with Israeli newspaper Haaretz, Nadim Sarrouh, a 34-year-old computer scientist of Palestinian descent from Berlin, said he had recently been detained for five hours at an Israeli border crossing and questioned about his family background, political views and social media activity when traveling to Israel from Jordan.

Sarrouh’s account is the latest report about foreign travelers being questioned by Israel’s Shin Bet security service about their political views.

“Your blood isn’t German, right? Your blood is Palestinian,” Sarrouh recalled being asked by the investigator at the Arava border checkpoint.

The official also inquired about his opinion regarding events  happenings in the Gaza Strip, and when Sarrouh refused to elaborate, she threatened to deny him entry to Israel.

“We can actually do anything. We are not Germany! We are not letting in refugees just like that, like your Merkel is doing! We check who we let in!” Nadim Sarrouh quoted the investigator as saying.

After Sarrouh was briefly released into the waiting room to rejoin his family waiting there, he was called back for a second round of questions which he said was even “more aggressive” and included questions about his political views regarding the developments in Gaza and whether he had links to Islamists in Syria.

The interrogator also reportedly told him “not to lie to us” and threatened to arrest his wife’s family if he did.

Nadim Sarrouh was released after five-hours of questioning.

Contacted by the newspaper, a Shin Bet representative denied Sarrouh’s account of his questioning, saying that the “resident of Germany of

Palestinian origin refrained from cooperating throughout his investigation, behaving rudely and aggressively towards the security personnel” who carried out the interrogation in a “practical and professional manner.”

Israel’s border security forces have been accused of overzealous border checks and intimidation in how they treat travelers.

A prominent US journalist, Peter Beinart, was recently detained at an Israeli airport for questioning. Even though he was eventually allowed to continue on his way, he claimed to have been threatened and questioned about his political views.

The Israeli-Palestinian standoff has further escalated in the wake of deadly and violent protests in Gaza, dubbed the Great March of Return.

The demonstrations, which have been held since March 30 at the border between Gaza and Israel, have so far reportedly claimed the lives of at least 115 Palestinians and injured some 13,300 others.