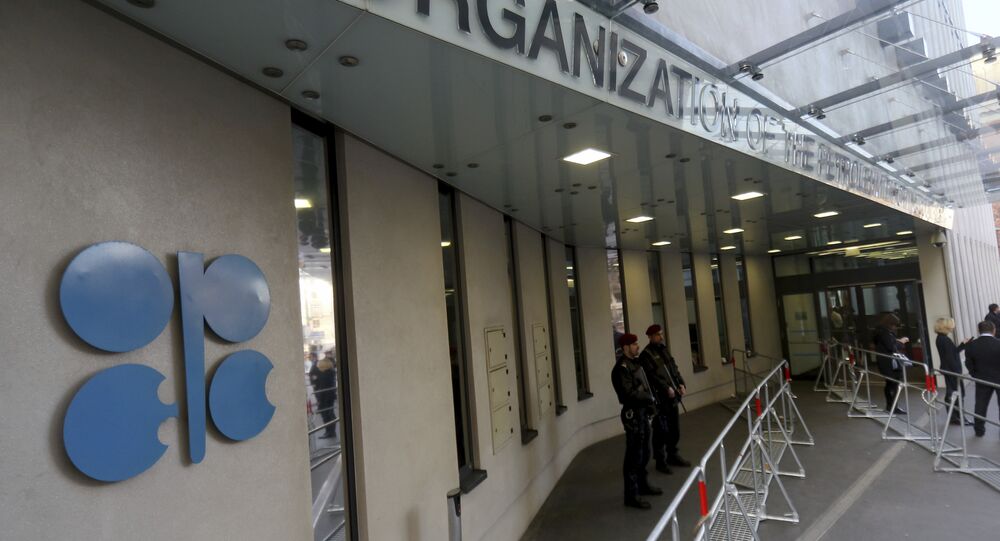 Iranian Oil Minister Bijan Zanganeh said that some OPEC members are making their oil output decisions “in accordance with the policies of the US.”

Tehran’s oil minister made the comments in reaction to the decision made by the Organization of the Petroleum Exporting Countries (OPEC) in agreement with Russia and other oil-producing allies in June to raise output from July onward, with Saudi Arabia pledging a “measurable” supply boost, Reuters reports.

“Some members are interpreting the latest OPEC decision on oil output differently … and are acting in accordance with the policies of the US,” Iran’s Khaneye Mellat news agency quoted Zanganeh saying.

© AFP 2021 / Ryad Kramdi
Iran Submits Formal Letter of Complaint to OPEC President, Demands Answers
Zanganeh had also expressed concerns about Saudi Arabia’s offer to pump more crude, saying that no member country should be allowed to take over another member country’s share of production. Earlier this August, Iran issued a formal letter of complaint to OPEC's president, accusing other OPEC members of trying to redistribute production compliance quotas among selected members, thus reflecting the interests of the non-OPEC countries.

Zanganeh’s statement came after Washington re-imposed sanctions against Iran this August. US President Donald Trump pulled the country out of the 2015 nuclear deal, in which Tehran scrappedits nuclear program in exchange for the US lifting the most of its sanctions. Washington also urged its allies to cut imports of Iranian oil to zero.