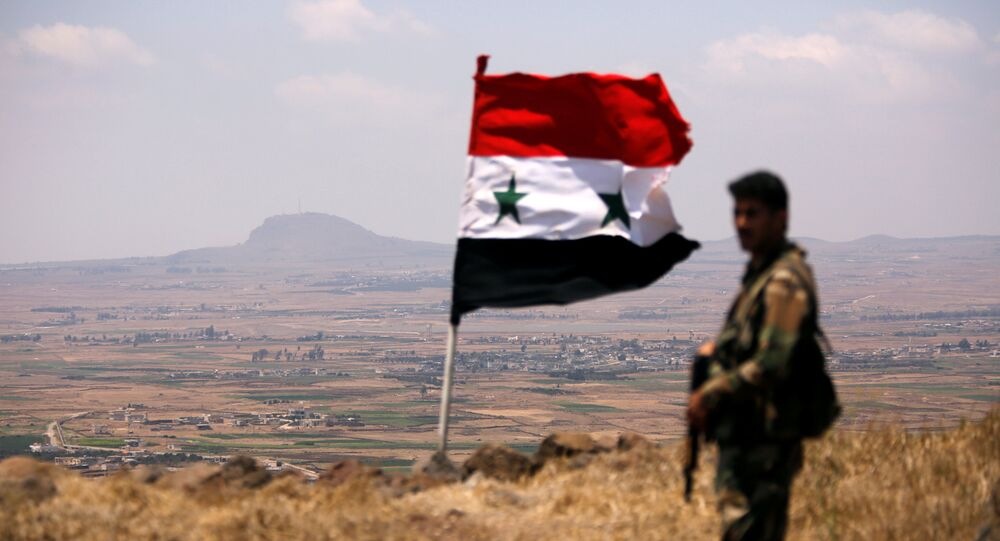 MOSCOW (Sputnik) - Every achievement of the Syrian government forces in the last five years has been "suddenly" followed by allegations of Damascus orchestrating chemical attacks, Tarek Ahmad, a representative of the Syrian Social Nationalist Party, told Sputnik on Tuesday, on the fifth anniversary of the 2013 chemical weapons attack in Ghouta.

"All these five years since the attack were full of chemical weapons stories. Every time when the Syrian army together with the Russian allies made any success — be it in Ghouta or in Homs or in Hama — suddenly new chemical attacks were taking place. These chemical stories were always invented when there was some action — political negotiations or military. When there was a success in the military or political settlement, then suddenly we had something related to chemical weapons," Ahmad said.

© AP Photo / Ng Han Guan
Alleged Syrian Chemical Weapons Chief Killed in Car Blast - Reports
Most recently, in April, an attack was reported in the city of Douma. The Syrian government refuted allegations of its involvement. However, a week following the attack, the United States, France and the United Kingdom carried out a series of airstrikes against several government facilities in Syria that allegedly stored chemical weapons.

UN investigators concluded that sarin had been used in Ghouta in 2013. The US and French government agencies accused Damascus of carrying out the attack, but the Syrian government, which granted UN experts access to the site of the incident, claimed the chemical agent had been used by opposition militants.