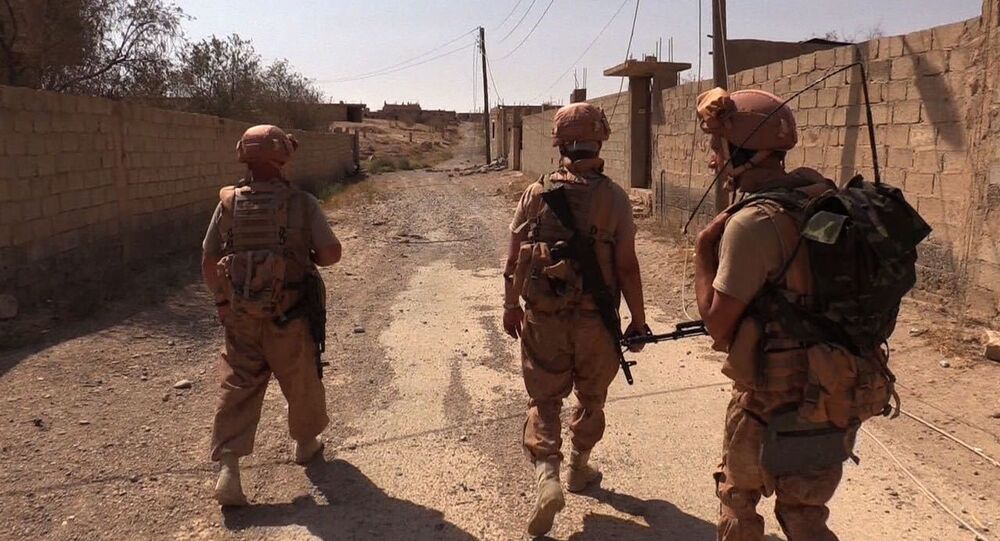 Turkey's Anadolu news agency has reported, citing local sources that Daesh* militants tried to drive a bomb-laden vehicle into the housing facility of US soldiers, but the vehicle was destroyed by US-led coalition planes.

According to reports, a number of terrorists were killed, along with one civilian. Five civilians were injured in the attack.

Terrorists had also tried to stage two more attacks in the area during which they engaged in clashes with Kurdistan Workers' Party (PKK) militants.

© AP Photo / Miguel Medina, Pool Photo
Daesh Terrorists Planned Assaults in Europe After Paris, Brussels Attacks - Reports
The United States occupies a 34-mile zone around the country's military base in al-Tanf, where it trains and equips armed Syrian opposition forces. The Rukban refugee camp is located some 11 miles south of al-Tanf and inside the US-controlled zone on the Syrian-Jordanian border.

Since 2016, the US has been training Free Syrian Army militants at its military base in al-Tanf to fight Daesh, however it has drawn a lot of criticism from Damascus.

The US-led coalition has been conducting airstrikes against Daesh targets in Syria since 2014 without a UN mandate or authorization from the Damascus government. Syria views their presence as a violation of the country's national sovereignty.

UN Report Claims Daesh Has 30,000 Fighters Between Iraq and Syria