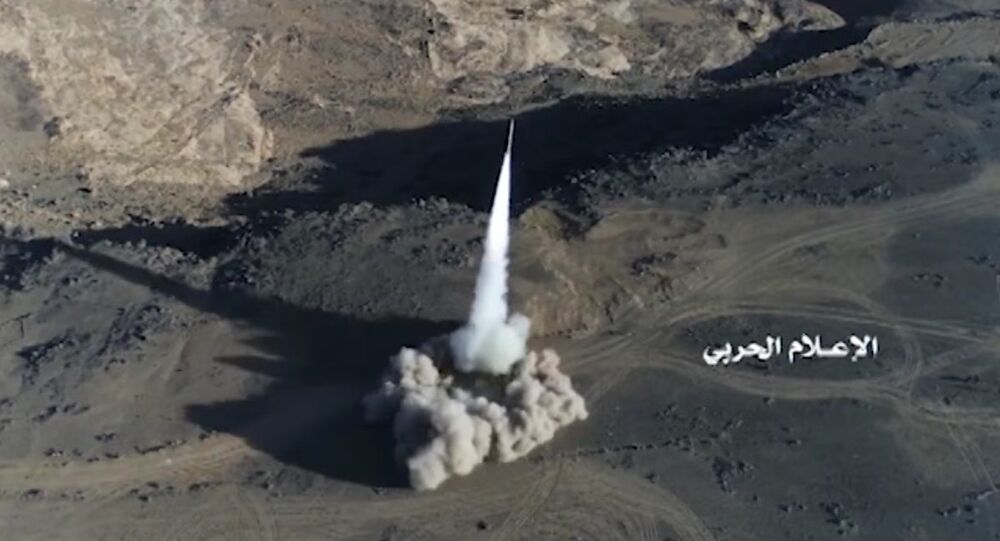 Iran has repeatedly denied that it provides Houthis with weapons, while however, admitting to politically supporting the Shiite movement that has been fighting the government of President Hadi and a Saudi-led coalition.

"Iran is directly involved in the ongoing war. Tehran supplies the Houthis with ballistic missiles and helps them to improve those missiles that were previously used by the Yemeni army, which have now come into the possession of the rebels," the official stated.

Addressing the situation around the Yemeni port of Hodeidah, Al Amoudi stated that importance for global energy trade will force the international community to do everything possible to stop the destruction of the city.

"Military means will not decide Al Hudaydah's [fate] as this city holds strategic importance for the Red Sea and [the Bab-el-Mandeb] Strait, through which the majority of the world's oil deliveries pass," Al Amoudi said.

He also noted that only small groups of the foreign forces, from Saudi Arabia, the UAE and Sudan assist the government in its fight against the Houthis, while the overwhelming majority of the government forces consists of the Yemeni soldiers.

© AP Photo / Hani Mohammed
Saudi-Led Coalition Blames Houthi Rebels for Yemen Port Deaths
The country has been engulfed in an ongoing conflict between the government and the predominantly Shia-led Houthi movement. Since March 2015, the Saudi-led coalition has been carrying out airstrikes against the Houthis at Yemeni President Hadi's request. The movement has repeatedly launched missiles from Yemeni territory targeting different cities in Saudi Arabia over the course of the conflict.
...
Reddit
Google+
Blogger
Pinterest
StumbleUpon
Telegram
WhatsApp
423