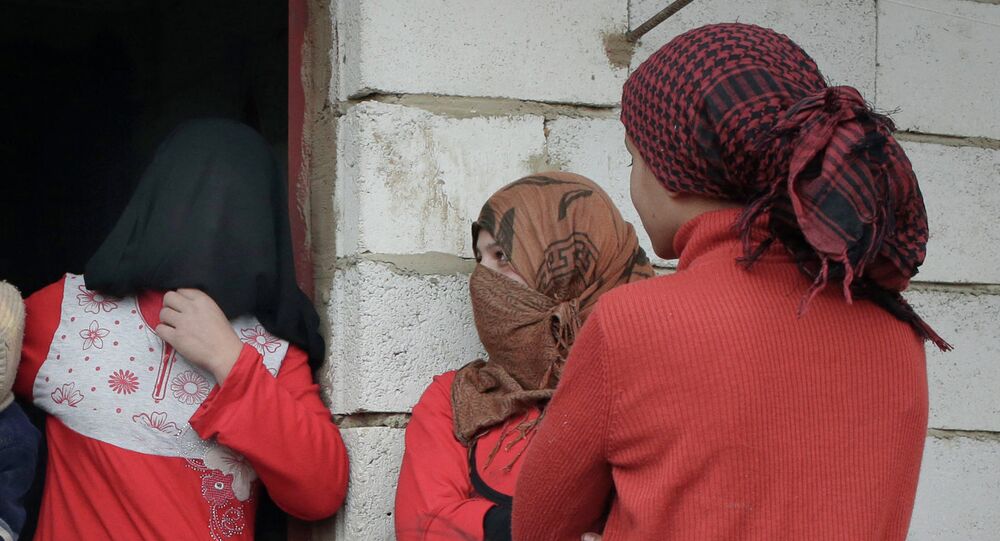 Tens of thousands of Syrian refugees have returned home from neighboring countries so far this year, as the Syrian Army continues to advance against terrorist forces, stabilizing the war-torn country.

The agency said it “secured the voluntary return of 137 displaced Syrians from the areas of Shebaa and central Bekaa through the Masnaa border crossing towards Syria," while Lebanese media reported that an unspecified number of refugees crossed the border to resettle in Syria.

This was later confirmed by the Syrian Arab News Agency (SANA), adding that the government was making necessary preparations to “receive hundreds of displaced returning from Lebanon to their homes in the Damascus countryside.”

A sizeable chunk of the Damascus Governorate was until recently occupied by hardline Islamist militants, with Syrian Army troops liberating the entirety of the province earlier this year via Operation Damascus Steel.

Government forces have also reclaimed much of southern Syria and are poised to soon launch an offensive in Idlib, one of the last remaining areas outside of Damascus’ control.

Encouraged by the Syrian Army’s gains and the somewhat improving economic conditions in the country, over 13,000 Syrian refugees have returned home so far this year from Lebanon alone, with thousands more also returning from other neighboring countries.

Lebanon, Turkey and Jordan have taken in millions of refugees over the course of Syria’s multi-year conflict, placing their economies under financial strain.

© REUTERS / Omar Sanadiki
EXCLUSIVE: EU Sanctions Have 'Disastrous' Effects on Syria's Civilian Population, Encourage Migration – AfD MP
President Bashar al-Assad has encouraged Syrians who fled the bitter conflict to return home, and Moscow is looking to launch a concerted effort with the international community to aid Syrians in their return.

Some European politicians have called for economic sanctions against Syria to be eased in a bid to improve living conditions and encourage displaced persons to repatriate themselves.