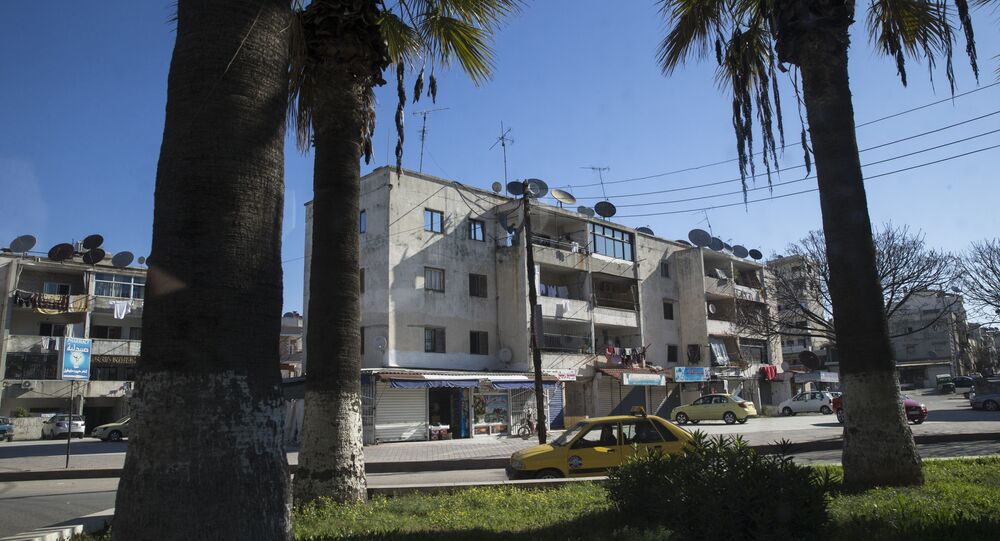 MOSCOW (Sputnik) - Russia has registered several cases of ceasefire violations by militants over the last 24 hours in Syria’s provinces of Latakia and Hama, as well as in the city of Aleppo, the Russian Defense Ministry’s Center for Reconciliation of Opposing Sides in Syria said Saturday.

“Over the past 24 hours, insurgents attacked Royset-Rushu (twice), Bait-Smayra, Msibin, Safsafa and Barisha, as well as positions of SAA [Syrian Arab Army] near the settlements of Chiftlin-Hanifa and Mamuhiyah (Latakia province), a research center (twice), the Academy of Assad, the al-Hamdaniyah district (five times) in the city of Aleppo, as well as the Khalfa settlement in the Hama province,” the center said in a daily bulletin.

© REUTERS / SANA
Syrian Gov't, Militants Agree on Full Ceasefire in Quneitra - Source
This is not the first time the reports of a ceasefire breach emerge. Previously, the head of the Russian center for Syrian reconciliation, Maj. Gen. Yury Yevtushenko reported that militants' snipers kept targeting the crossing in Syria's eastern Ghouta, preventing civilians from leaving.

Syria has been in a state of civil war since 2011, with the government forces fighting against numerous opposition groups and terrorist organizations. Russia along with Turkey and Iran are guarantors of the ceasefire regime in Syria. Moscow has also been providing humanitarian aid to residents of the crisis-torn country.