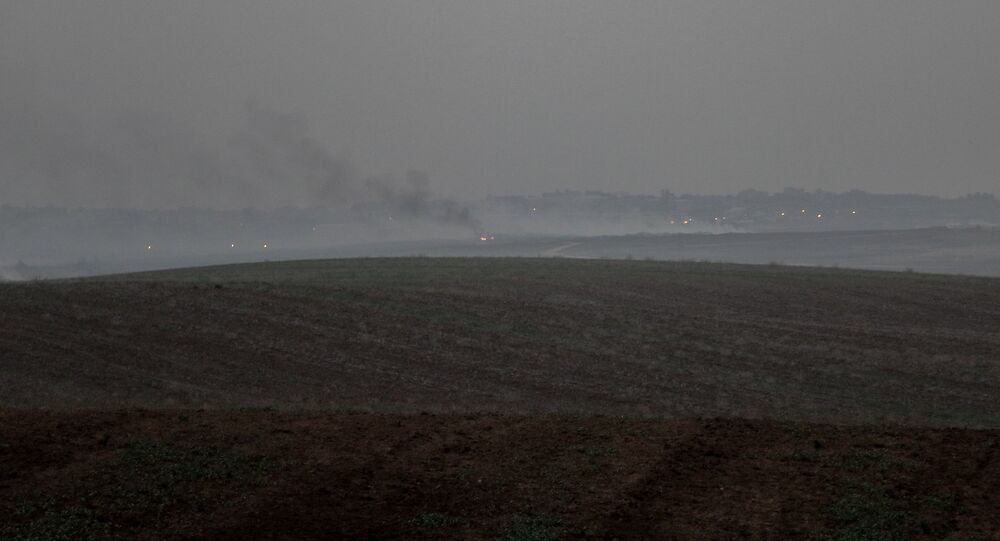 Majority of Israelis Dissatisfied With Netanyahu Policy on Gaza - Poll

MOSCOW (Sputnik) - A total of 64 percent of Israeli nationals are unhappy with Prime Minister Benjamin Netanyahu's policies in handling Gaza Strip violence amid ongoing rocket and arson balloons attacks by Palestinian militants from the enclave, a fresh poll revealed.

According to the poll conducted by Panels Politics, a Tel Aviv-based consulting firm, and published by Israeli daily Maariv on Friday, 19 percent of respondents say they are satisfied with the government policy on the Gaza Strip, while the remaining 7 percent declined to answer.

The poll also revealed that the Israeli society is split over the issue of conducting a major military operation by the Israel Defense Forces (IDF) in the Gaza Strip in order to destroy Hamas-operated facilities and resources used for attacks on the Jewish State. At least 48 percent would support the operation, while 41 percent would oppose it.

The poll was conducted on Thursday among 512 adult Israeli Jews and Arabs.

© AP Photo / Joe Cavaretta
Israeli Jets Attack Over 140 Targets in Gaza, Israel Defense Forces Report
Israel and Palestine have been exchanging fire since late Wednesday with IDF saying that Palestinians launched about 180 rockets and mortar shells from Gaza late on Wednesday injuring seven Israelis, while the IDF responded with over 150 airstrikes aimed at military targets in the Gaza Strip. The Palestinian health authorities claim that 12 people have been injured as a result of the airstrikes and three people have died, including a woman and a child.

The current wave of tensions between the Israelis and the Palestinians near the Gaza border have been mounting since late March, which marked the beginning of the Palestinian protest campaign against Israel, dubbed the Great March of Return.