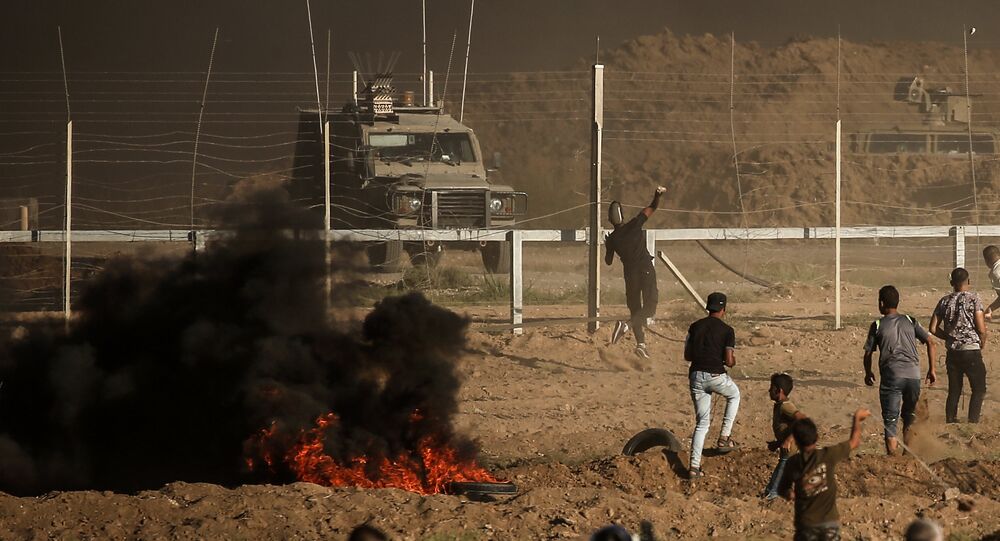 After an intense 24 hours of fighting, Israel and Hamas authorities have agreed to a truce, signing a Egypt-mediated ceasefire.

According to Haaretz, the agreement is that Israel will stop launching large-scale military operations in the Gaza Strip as long as Hamas refrains from firing any rockets. The ceasefire was to go into effect at 20:45 GMT.

Overnight Wednesday, the Israeli military conducted airstrikes on some 150 targets in Gaza to retaliate against 200 rockets that were fired toward Israel. Among those targets were a well-known cultural center, Palestinian media report. Israel called the building in a busy residential neighborhood a Hamas base.

More than 30 rockets were intercepted by the Iron Dome missile defense system, however, some rockets are said to have exploded near the southern Israeli city of Be'er Sheva, Hareetz reported.

One woman in Israel is said to be seriously injured while two others received "light" injuries. Per Gaza's Health Ministry, three Palestinians were killed and several others were injured. Palestinian media reported that among the fatalities was a pregnant Palestinian woman and her 18-month-old toddler.

Prior to the ceasefire, Danny Danon, Israel's ambassador to the UN, called on members of the organization to condemn Hamas' attacks.

"Hamas is solely responsible for the terror attacks and for launching beyond 180 rockets that have destroyed the hope of the children living near Gaza for a quiet summer vacation. No country would tolerate such a situation."

Confrontation between Palestinians and Israeli authorities have been escalating for several weeks, leading to talks as recently as Thursday that suggested a war in Gaza was on the horizon.