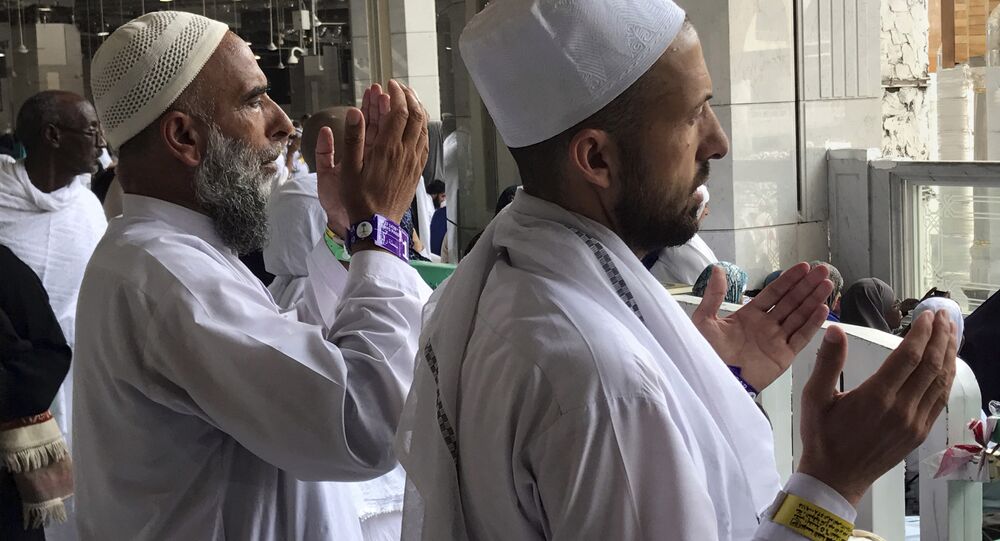 Travelers from Toronto planning to embark on the annual Islamic pilgrimage to the city of Mecca face a new complication, following a recent diplomatic spat between the two nations.

Saudi Airlines have announced an immediate suspension of flights to Toronto, Canada starting from August 13, 2018.

"All tickets issued to and from Toronto, Canada, will be exempted from any restrictions or fees upon cancellation, reissue or refund," an announcement on the website of the air carrier reads.

Worried pilgrims rushed to inquire about the status of their flights and voice concerns their Hajj might be disrupted.

Hello our dear guest, Please provide us with your booking reference through direct message to assist you. Thank you

This Canada-Saudi Arabia spat better not ruin my parents' hajj 😓 They fly to Jeddah on Wednesday with Saudia, and I'm so worried they'll announce soon that Saudia will no longer fly to Pearson.

In Islamic religious tradition, Hajj is the pilgrimage to Mecca in Saudi Arabia to be carried out at least once in their lifetime by all adult Muslims. This year it will take place within a five-day period, from August 19-24.

The suspension of flights between Canada and Saudi Arabia has thrown a wrench into the travel plans of many Canadian Muslims.

I would pick a different year for hajj unless I was dying. There is no guarantee you would be able to come back to Canada, no embassy help and the US and UK are against Canada on this. https://t.co/8NY9pU4wD3 pic.twitter.com/d90cMkBMe0

The Muslim population of Canada amounts to around 3.2%, making Islam the second largest religion in the country.

The diplomatic and economic standoff between Canada and Saudi Arabia escalated after Riyadh ousted the Canadian ambassador and suspended trade and investment ties with the country in response to Ottawa's calls for the release of civil society activists detained in the kingdom.

Canada's Stance on Saudi Arabia Based on 'Distorted' Information - FM