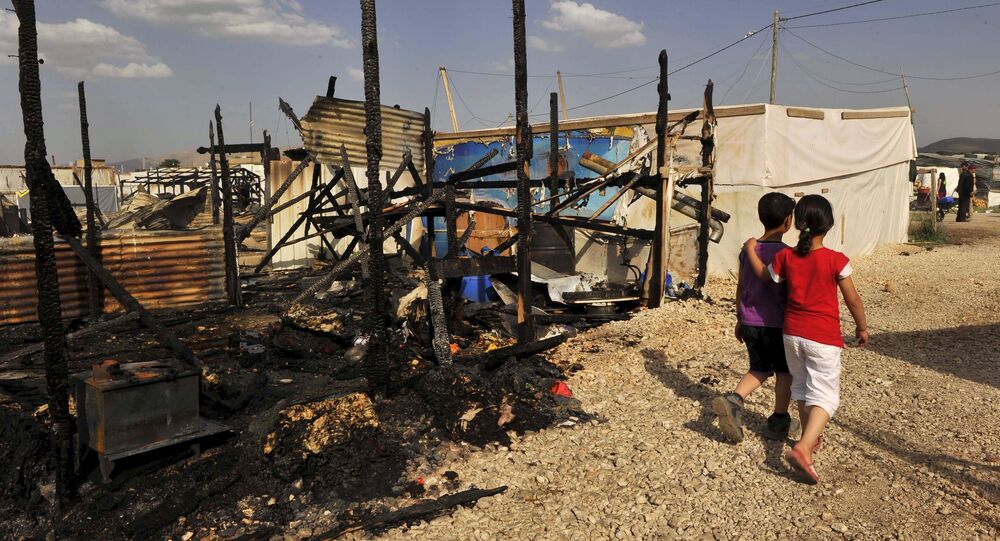 "According to the UN Office for the Coordination of Humanitarian Affairs, around 890,000 civilians will return to Syria in the coming months," Mizintsev said during a meeting of Russia's interdepartmental coordination headquarters on the return of refugees to Syria.

The Colonel General noted that around 10,000 applications have been filed to the Lebanese regional refugee centers by the Syrians willing to return to their country of origin.

"The Lebanese government has created a working group for setting up a joint committee on cooperation with the Syrian side on the return of refugees to the territory of Syria. The Lebanese regional centers on working with the Syrians today reported that 10,000 applications were received from the Syrian citizens, who have expressed willingness to return to their motherland," Mizintsev said at a briefing.

Jordan also actively promotes the return of Syrian refugees as the country is suffering from the overflow of migrants, according to the official.

"The government of the Hashemite Kingdom has conducted a complex of measures which led to over 200,000 Syrians expressing desire to return to their homes. All of this is taking place against the background of Syrian army’s successful efforts in regaining control over the Jordanian border," Mizintsev underlined.

The Russian military official went on saying that the Japanese side had followed France's example of providing 40 tonnes of humanitarian cargo to Syria's Eastern Ghouta province and had initiated proposals on mine removal and infrastructure restoration in Eastern Ghouta and Homs provinces.

"Japan is ready to implement small projects on building or restoring schools and hospitals. The Japanese authorities voice their readiness to implement large-scale projects as well," Mizintsev said.

According to Mizintsev, the international community is not providing assistance to Syria actively enough.

© AFP 2020 / Christof Stache
Support for Merkel's Alliance Hits Record Low Amid Migration Crisis - Poll
The Russian military announced in July the creation of a refugee center in Syria that would receive, relocate and accommodate civilians who return to their homes from neighboring states after fleeing hostilities. The reception facilities near the Nassib crossing at the Jordanian border and the Zemrani crossing near the Lebanese border have already been set up and are open for refugees.

Lebanon welcomed the creation of the center with the country's State Minister for Refugee Affairs Mou'een Meherbi saying that such decision is in Amman's interests as the country has been hosting almost a million Syrian refugees as of late June, according to the UN Refugee Agency’s estimate.