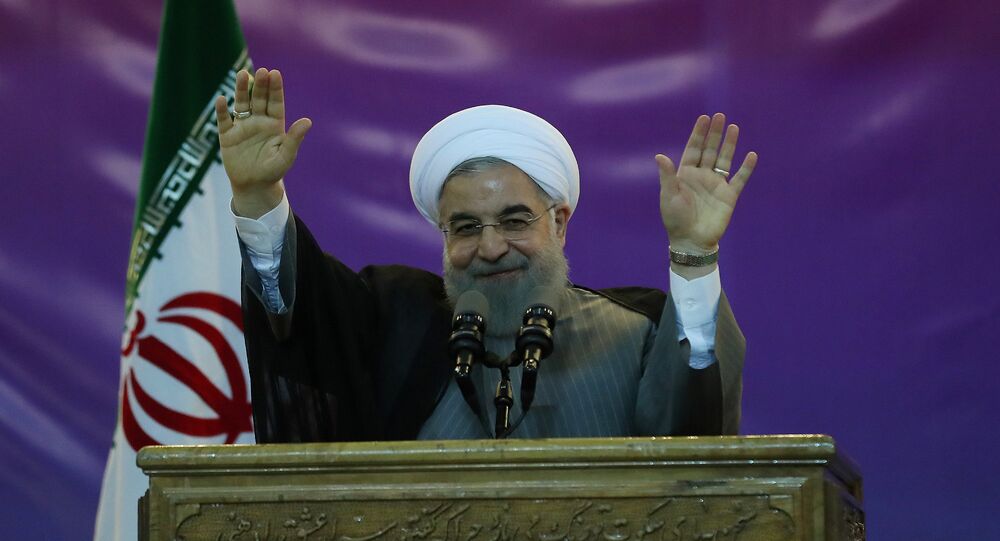 Tehran has been facing economic hardship with its currency losing half its value since April and the economy's growth slowing down, following the US withdrawal from the Iran nuclear deal and subsequent threats to re-impose sanctions on the country.

The Iranian parliament has prepared a list of questions regarding the cabinet's policy on coping with economic challenges facing the country and has given President Rouhani one month to present his answers to lawmakers, the Iranian news agency ISNA reported, citing Speaker of Parliament Ali Larijani.

According to ISNA, the cabinet of the Iranian president (specifically the Economic Commission) will have to provide an explanation for the country's economic recession, the struggle against unemployment, the national currency's declining value, as well as the smuggling of goods and currencies. Rouhani's government was also asked why Iranian banks are still facing sanctions, despite the Iran nuclear deal having been signed three years ago.

The Iran nuclear deal, which lifted economic sanctions imposed on the Islamic Republic in exchange for the country maintaining a peaceful nature of its nuclear program, was signed in 2015, but the US withdrew from the agreement in May, 2018.

Iran's export of crude oil took a nosedive following the imposition of sanctions on the country in 2012, which limited its oil production to 2.5 million barrels per day (it had previously been 3.8 million). When the Iranian deal was reached in 2015, its oil output returned to pre- 2012 levels.

The US is planning on re-imposing sanctions beginning in fall 2018. Secretary of State Mike Pompeo has promised that the sanctions will be "the harshest ever." The US Treasury Department also clarified that the new sanctions will affect any entity that works with Iran, even if it's a company belonging to one of the US' allies in Europe.