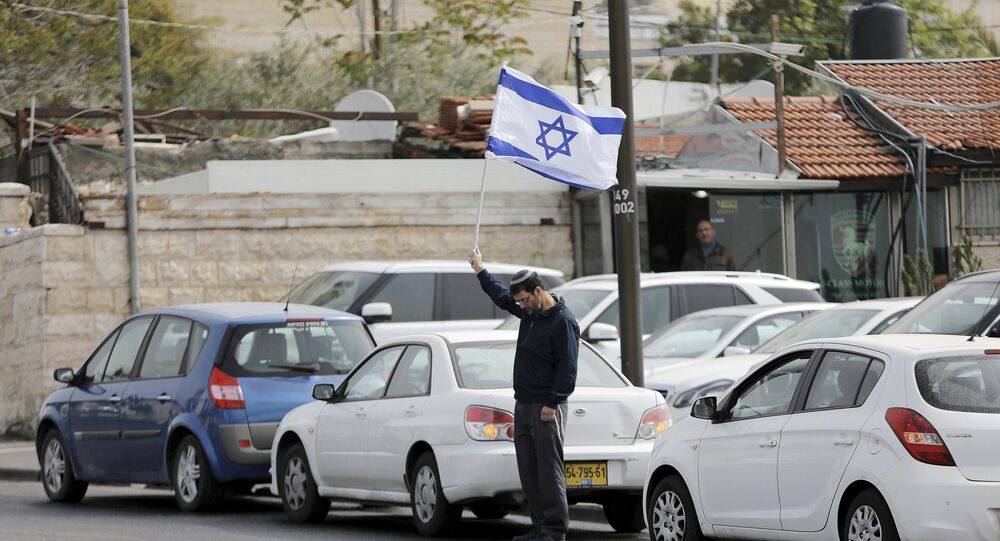 Over Half of Israelis Support Jewish Nation-State Law – Reports

The law is opposed by 34 percent of respondents, while eight percent have no opinion on the issue, The Jerusalem Post reported citing the Panels Research poll conducted for the Walla! News.

The new legislation has a solid support of 85 percent among those, who define themselves as right-wing parties' supporters.

Another indicator of popular support for the policy of the Israeli government is the public support for the ruling party of Likud, which would get 33 out of 120 seats in the Knesset comparing to 30 seats it currently holds.

The poll was conducted among 532 Israelis with a margin of error amounting to 4.4 percent.

© AP Photo / Ariel Schalit
'People Using Twisted Descriptions of Nation-State Law to Smear Israel' - Prof
On July 19, the Israeli parliament passed constitutional law declaring Israel a "nation-state," which meant that only Jews would now have the right to self-determination. The legislation also declares Hebrew as the only official language, stripping Arabic of the same status. The new law has been widely criticized as a complication to the two-state solution to the Israel-Palestinian conflict.
...
Reddit
Google+
Blogger
Pinterest
StumbleUpon
Telegram
WhatsApp
03