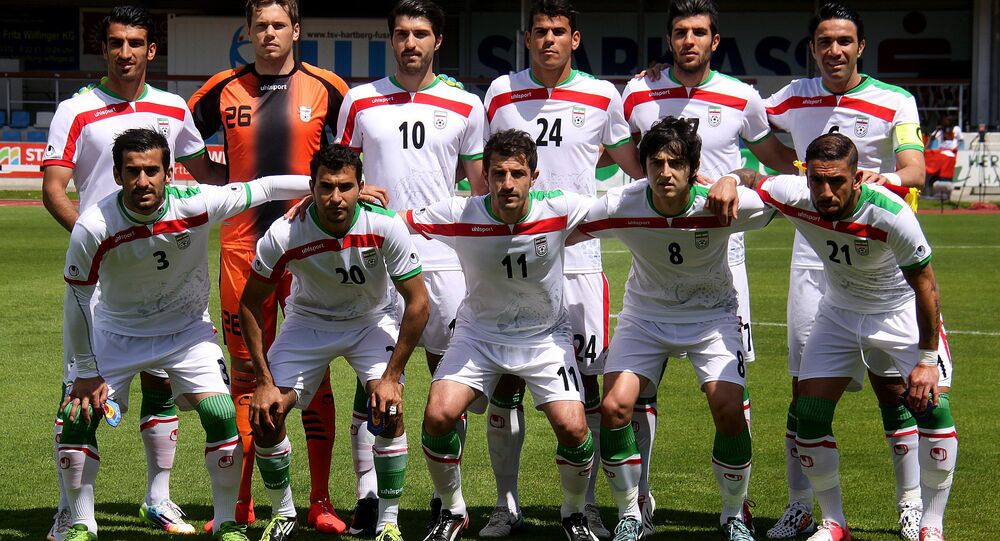 Germany-based sportswear multinational Adidas is refusing to supply Iran’s football team with their wares ahead of pending US sanctions on Tehran, a move that could be seen as quick capitulation from a company whose motto is “Impossible is Nothing.”

Adidas' decision follows that of US company Nike, which wrote in a June statement that "the sanctions mean that, as a US company, we cannot provide shoes to players in the Iran national team at this time." Nike's motto, ironically, is "Just Do It."

Germany maintained close economic ties to Iran prior to the sanctions. German Chancellor Angela Merkel even traveled to Washington ahead of US President Donald Trump's deadline on a decision of whether to pull out of the Joint Comprehensive Plan of Action (JCPOA), or Iran nuclear deal, in an attempt to convince him not to do so. (Her trip, and that of French President Emmanuel Macron, was fruitless.)

During the 2018 World Cup, Adidas supplied the team with jerseys, while Nike sponsored their cleats and other footwear.

Football Federation of the Islamic Republic of Iran (FFIRI) President Mehdi Taj demanded a formal apology from Adidas, accusing them of disrespecting the Iranian people.

Iran will still participate in the next major football competition, the 2019 AFC Asian Cup.

Professor Estimates How Soon US, Iran Might Sit at Negotiating Table