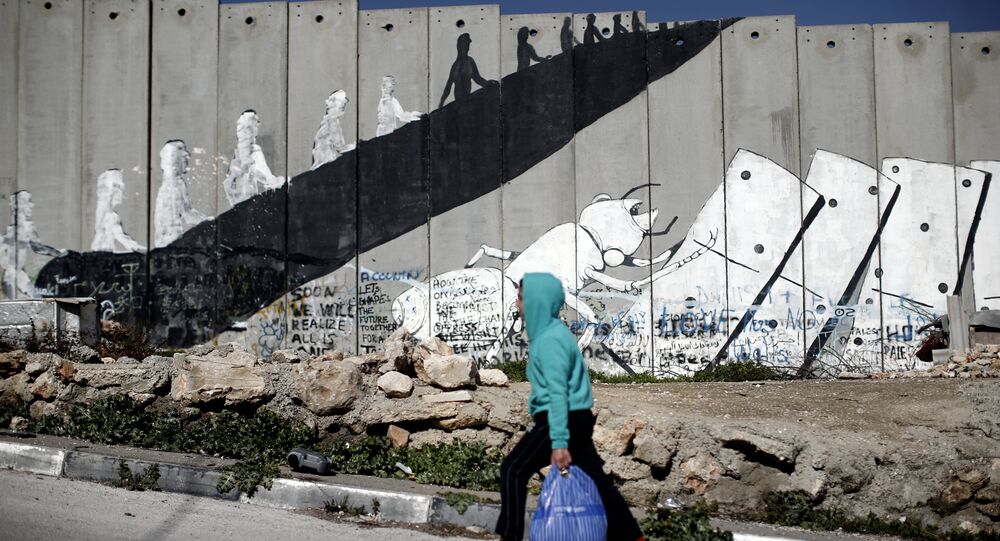 TEL AVIV (Sputnik) - Israeli authorities are deporting two Italian artists who drew a portrait of a Palestinian girl on a separation wall near the town of Bethlehem, the press service of the Israeli police said.

The artists were arrested in the West Bank by Israel on Saturday.

"As a result of the investigation carried out by the border police, the case of the Italians was transferred to the migration authority, where the decision was made at the hearings to void their authorization of stay in Israel and give them 72 hours to leave the country," the press service said.

Israel and Palestine are vying for the control of the West Bank, and the exact status of the territory is at the heart of the decades-long Israeli-Palestinian conflict. Part of Jerusalem, claimed as the capital by both nations, is located in the West Bank.