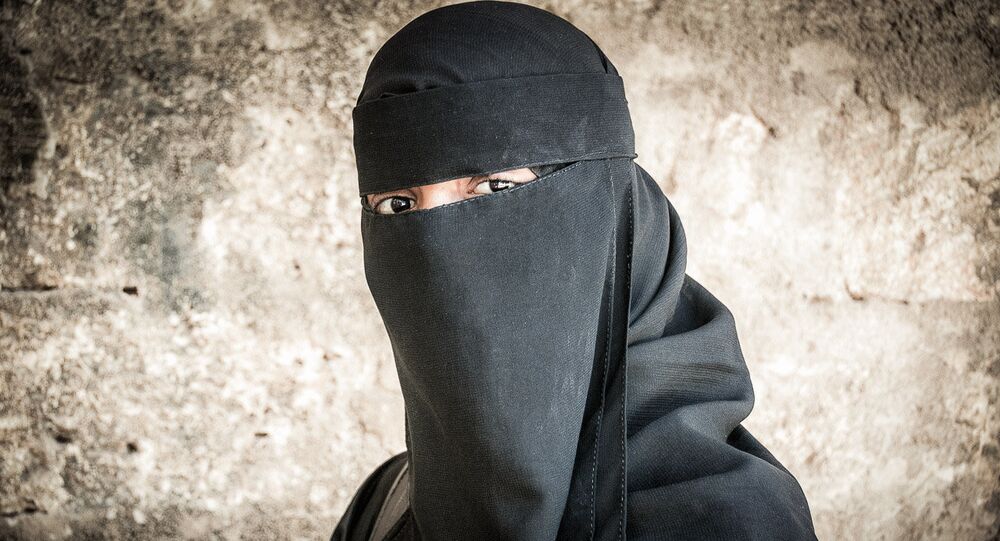 A new report from the International Center for the Study of Radicalization (ICSR) at King’s College London has highlighted two under-examined populations in Daesh* – minors and women, with the researchers stressing that an increasing number of women have recently been engaged in terrorist plots across the world.

In their report, “From Daesh to ‘Diaspora’: Tracing the Women and Minors of Islamic State,” ICSR researchers Joana Cook and Gina Vale have warned that the threat of women and children affiliated with Daesh has largely been underestimated due to an absence of government data.

“The British citizens that have now been confirmed as returning to the UK have not been differentiated by gender, or age delineation, though women and minors accounted for 23% of British IS [Daesh] affiliates in Syria and Iraq,” the report read.

The experts suggested that 850 Britons joined the terrorist group in Iraq and Syria, including 145 women and 50 minors – but of the 425 who have come back to the UK, only two women and four kids have been  confirmed.

“We believe some women may now pose a particular security threat based on several factors. These include physical security roles and related training that some women have undertaken in IS-held [Daesh-held] territory, and the potential to transfer or apply these skills in other locations, or to their children,” the authors wrote.

While considering the prospect of women becoming security threats, Cook and Vale said that the role of women has gone far beyond that of “jihadi brides,” they are increasingly being used as perpetrators of terrorist attacks, which are carried out in three forms – women-only cells, family cells, or lone wolf attacks.

ICSR Report Launch — From Daesh to 'Diaspora': Tracing the Women and Minors of Islamic State https://t.co/a1Lvz0Rccu

The researchers cited the case Tashfeen Malik, who pledged allegiance to Daesh before killing 14 people in San Bernardino in 2015 alongside her husband, as an illustration of the changing views within the terrorist group.

They further emphasized that Daesh members had the ability to not only “direct underage attackers, but also inspire minors to plan and carry out their own atrocities,” and pointed to the example of Safaa Boular, who “married” a Syria-based jihadi via social media, and planned to attack the British Museum with knives and grenades. After being arrested, Boular encouraged her older sister and mother to complete her mission.

“Often brought to the ‘caliphate’ by a parent or ‘responsible’ adult, young children are rarely attributed individual incentives or ambitions for their involvement in terrorist groups. It is, however, widely publicized in IS [Daesh] propaganda and international media that children of this age underwent psychological indoctrination and physical training, culminating in their participation in acts of violence and abuse.”

The report suggested that minors required nuanced consideration, including “clear rehabilitative rather than punitive policies” upon their return.

“Although the number of attacks independently perpetrated by inspired minors remains low, foreign minors possess the ideological commitment and practical skills to pose a potential threat upon return to their home countries. […] Without such holistic responded, the stigma of the ‘IS-affiliate’ label may become a source of future isolation, disenfranchisement, and possibly radicalization of the next generation/incarnation of IS [Daesh],” they said.

© AP Photo / Hussein Malla
MPs Baffled, UK Terror Laws Hit Amid Home Sec's 'Letter' on Daesh 'Beatles' Duo
The director of the ICSR, Shiraz Maher, stressed that the report’s findings will be helpful to the government, which needs to recognize that women and minors “are poised to play a significant role in carrying on the ideology” and need their own “unique responses.”

In 2014, Daesh gained global notoriety, having declared a cross-border caliphate with its “capital” in the Syrian city of Raqqa after seizing vast territories during extensive offensives on war-ravaged Iraq and Syria. In recent years, the terrorist group has lost control over 90 percent of the land it had captured due to a series of operations by the Syrian government and Russia, the US-led coalition and the Iraqi authorities.

*Daesh, also known as ISIL/ISIS/IS/Islamic State, is a terrorist group banned in Russia and many other countries.