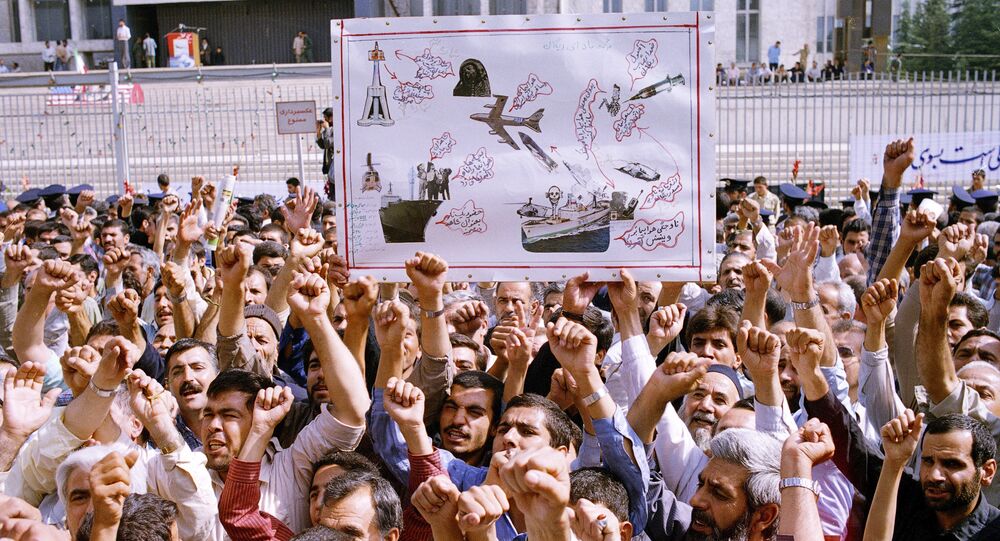 The comment by the Israeli diplomat comes hot on the heels of Iranian President Rouhani and his American counterpart exchanging threats. Tehran warned the US against blocking Iranian oil exports and "playing with the lion’s tail."

Israel's Ambassador to UNESCO Carmel Shama Hacohen has praised US President Donald Trump as one leader who can not only "handle humans, but also animals," replying to Trump's tweet, in which POTUS warned the Iranian president against threatening the US. The high-ranking Israeli diplomat also called Trump "the best president ever" in the comments to the same tweet.

The best president ever!

The US president replied to his Iranian counterpart, who had earlier warned the US against "playing with lion's tail," by tweeting in all caps that Rouhani should never threaten the US, otherwise Iran will face "consequences the likes of which few suffered before." Trump also stated that the US will no longer stand for Tehran's "demented words of violence and death."

Senior Iranian Revolutionary Guards Commander Gholamhossein Gheybparvar has dismissed the US president's threats by saying that US "can't do a damn thing about Iran" and that Iran will never "abandon its revolutionary beliefs."

Relations between Washington and Tehran have been steadily worsening since President Trump withdrew the US from the Iran nuclear deal that lifted economic sanctions from the Islamic Republic in exchange for the country maintaining a peaceful nature of its nuclear program. US Secretary of State Mike Pompeo promised that Washington would re-impose sanctions against Iran and that they would be "the harshest ever." Donald Trump has been a consistent critic of the Iran nuclear deal, having claimed during his presidential campaign that it was "flawed at its core."