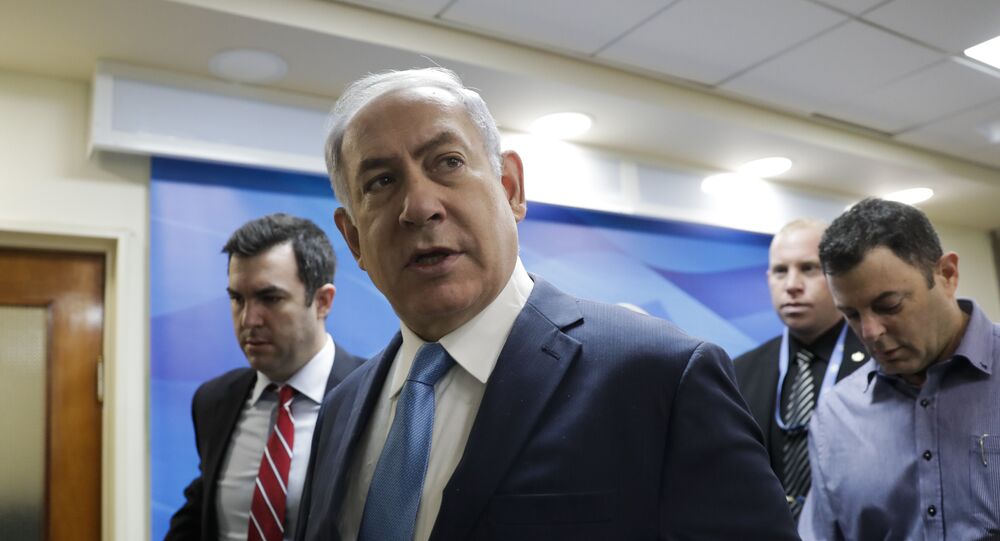 TEL AVIV (Sputnik) - Israel is ready, if necessary, to carry out an attack on the Hamas movement, de facto governing the Gaza Strip, which will be seven times more powerful than the weekend's offensive, Israeli Prime Minister Benjamin Netanyahu said.

"Over the weekend we delivered a heavy blow to Hamas. If necessary, we will carry out an attack that will be seven times more powerful," Netanyahu said.

© AP Photo / Ariel Schalit
WATCH Israeli Aviation Strike Targets in Gaza Amid Uptick in Tensions
The Israeli authorities have been trying to put an end to the disturbances on the Israeli-Gaza border, caused by continued shelling and the launch of arson balloons by the Hamas militants, using military force and economic sanctions against the movement and threatening to launch a new large-scale offensive against it.

On July 21, a top-level source in Jerusalem told Sputnik that Hamas had agreed to accept the Israeli demands and stop clashes between protesters and the police officers in the border area, as well as to halt the launches of arson balloons.

Earlier, on July 20, the Israeli forces bombed nearly 70 facilities belonging to the Hamas movement after an Israeli soldier was killed as a result of sniper fire in the border area.

After the raid, which lasted for several hours, media reported that the two parties managed to come to an agreement under Egypt's mediation.