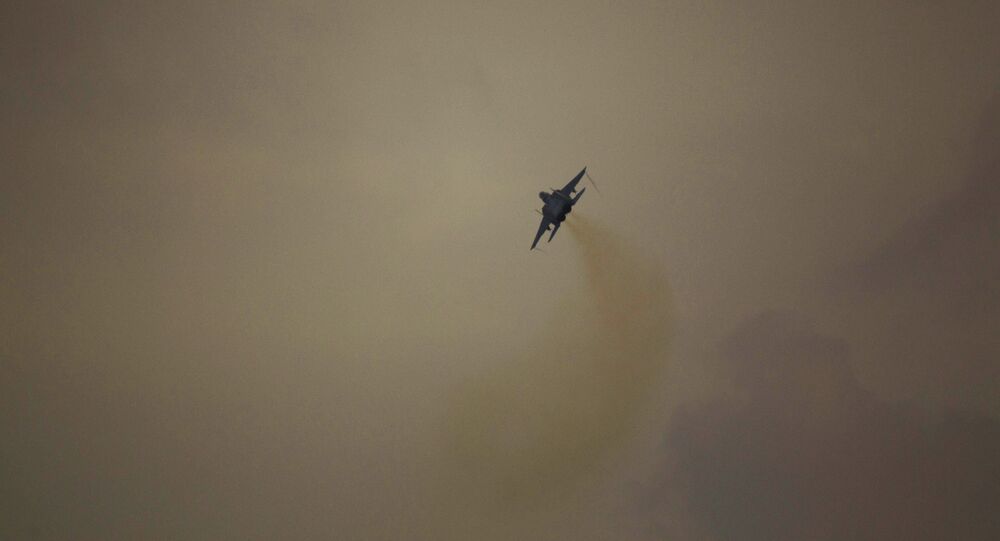 The IDF has not yet confirmed reports of the strikes, which came just hours after Israel evacuated some 800 members of the White Helmets and their families from Syria at the request of the US, Canada and EU member states.

Israeli fighter jets have hit targets near Masyaf in the province of Hama in western Syria, the news agency SANA reported.

According to SANA, citing a military source, a military site was targeted by Israel in order to "cover up for the collapse of terrorist organizations in Daraa and Quneitra."

At the same time, Syrian officials reported that the target was a military facility with concealed missiles nearby.

Photos and video have surfaced on Twitter purporting to show an alleged airstrike by Israeli jets in Syria.

The Syrian state TV added that the attack had only caused material damage.

The Israel Defense Forces (IDF), as well as authorities in Damascus, have yet to confirm the reported strikes.

The reported attack comes just hours after Israel authorized the transfer of 800 members of the White Helmets and their families to Jordan from southern Syria at the request of several Western countries. The evacuation was mediated between the United States, Russia and Syrian authorities, according to reports.

Tensions between the two countries have been growing since July 16, when the Syrian army announced the capture of a strategic hill near the Golan Heights in an operation to mop up the remaining areas of resistance, which put Israeli forces on high alert.

Israel has recently intensified strikes in Syria, citing the alleged Iranian military presence in the Arab Republic as a pretext for its attacks. Tehran and Damascus have repeatedly denied the claims, insisting that only Iranian military advisors are present in the country in order to help the legitimate authorities fight terrorism.