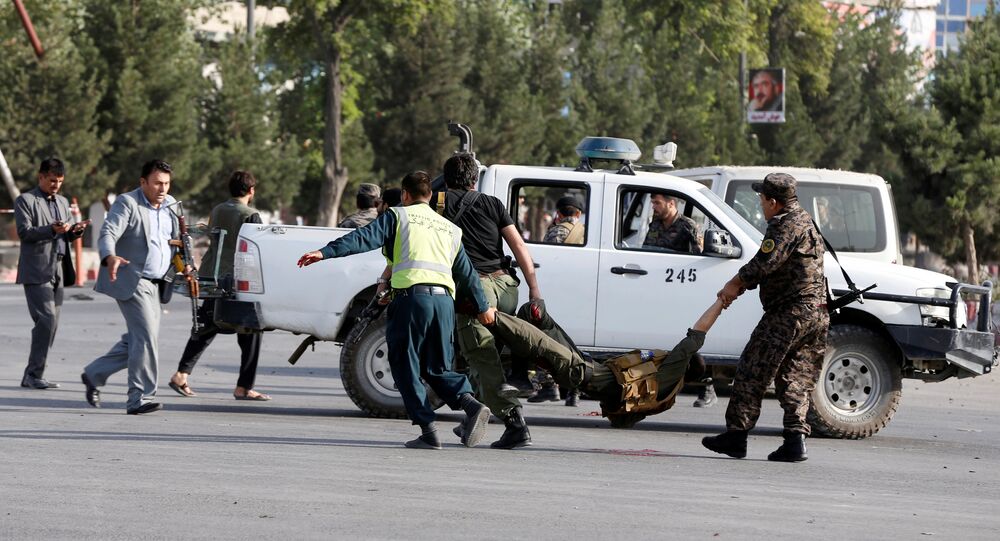 Afghanistan’s Vice President General Abdul Rashid Dostum left the country last year after being accused of sexual abuse and torture. However, the government spokesman Haroon Chakansuri stated Saturday that the cases against the Vice President would be handled solely by the courts.

Kabul police spokesman Hashmat Stanekzai stated that the explosion occurred near the entrance, where numerous supporters of the vice president had gathered.

The Interior Ministry later announced that at least 16 people had been killed or injured during the incident.

According to a government spokesman, the official was unharmed. The local TV filmed him at his office, meeting with supporters a few hours after the incident. The vice president said later that 9 people died due to the recent blast near the airport.

© AP Photo / Rahmatullah Nikzad
US Troops Unlikely to Leave Afghanistan Despite Negotiations with Taliban
Dostum returned to Kabul from Turkey in the run-up to national elections slated to be held in October.

The situation in the war-torn country is unstable, as various militant groups, including the Taliban movement, continue to fight against the government. According to the UN Assistance Mission in Afghanistan (UNAMA), the number of civilian casualties in Afghanistan in 2018 was the highest in any six-month period since 2009, when they were counted systemically in the country for the first time.