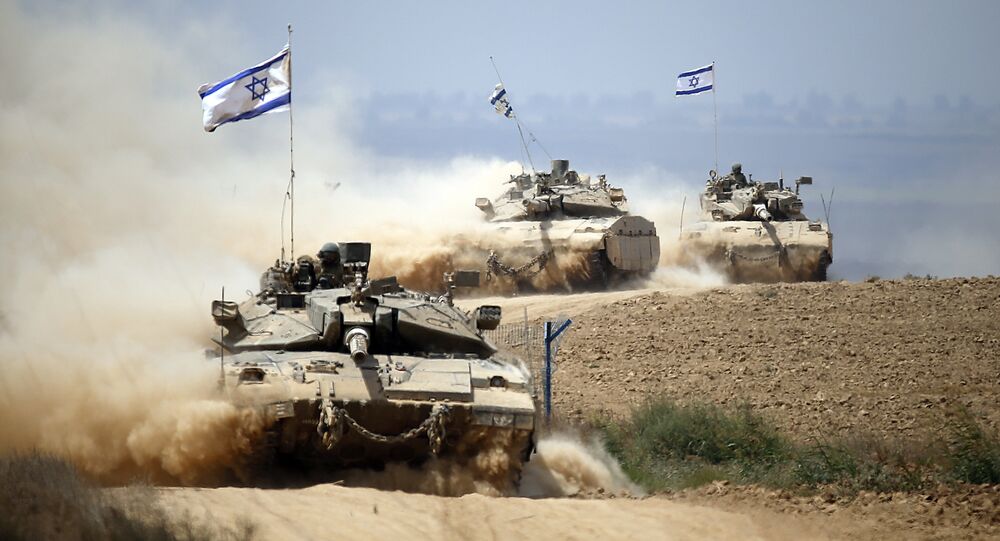 Tensions continue to mount in the border region of Gaza, with Israeli forces exchanging fire with Palestinians.

The attack came after the army launched massive strikes on Hamas military targets in the Gaza Strip in response to the shelling of its positions from the area during riots at the border.

Moments ago, shots were fired at IDF troops from the Gaza Strip during the violent riots along the security fence. In response, IDF aircraft and tanks targeted military targets throughout the Gaza Strip. More details to follow

As a result of the Israeli strikes two Palestinians died in the southern part of the Gaza Strip, according to the Gaza health ministry, as hundreds of people were protesting on the border.

The military said that it "views today's attack and the hostile activity orchestrated by Hamas throughout the last months with great severity," adding that "Hamas chose to escalate the security situation and will bear the consequences for its actions."

© AP Photo / Gali Tibbon/Pool
Israel Did That! US Official Blames Syria Strike on IDF
The day before, Palestinian militants fired mortars at IDF soldiers near the Gaza Strip border.

Tensions on the Israeli border with Gaza had flared up due the Great March of Return rally, which began on March 30, in order to mark the 70th anniversary of the foundation of Israel and protest the moving of the US embassy to Jerusalem, which Palestinians consider to be their capital.