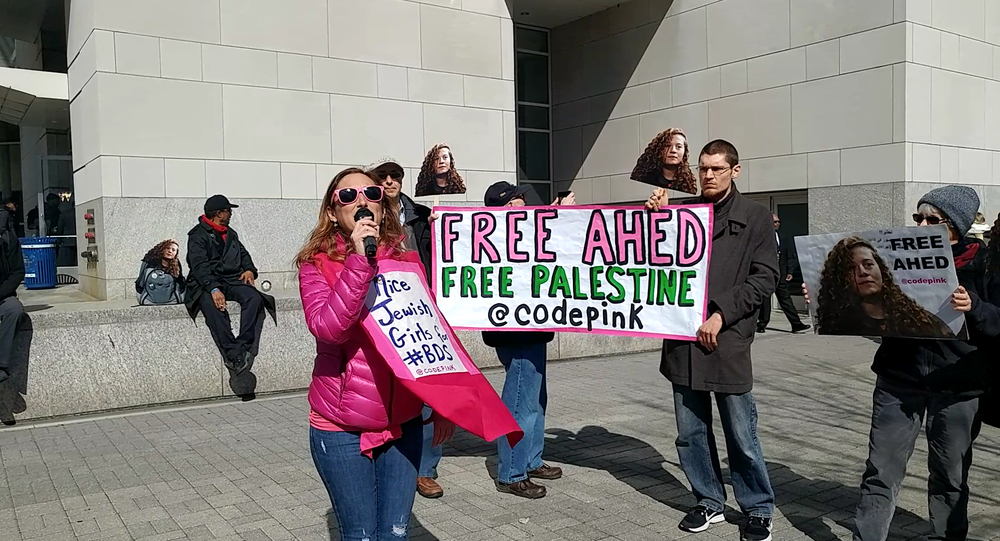 On Tuesday, Israel’s Parliament passed the so-called “Breaking the Silence” law, which bans nongovernmental organizations and other activist groups from entering Israeli schools and talking to students.

The law is named after the Israeli nonprofit organization Breaking the Silence, which was established in 2004 by veterans of the Israel Defense Forces (IDF). The purpose of group, which is an organization of veteran combatants who have served in the Israeli military, is to expose Israelis to the reality of everyday life in the occupied territories of the West Bank, East Jerusalem and Gaza, and to bring an end to Israeli occupation there, according to its website.

"Organizations that undermine Israel and besmirch IDF soldiers will no longer be able to reach Israeli students," Israeli Education Minister Naftali Bennett said in a statement this week.

"Breaking the Silence long ago crossed the red lines beyond legitimate discourse when they started libeling Israel in the international arena. As long as they operate against Israel and the Israeli Defense Forces (IDF) abroad, I won't let them in the education system," Bennett added, the Jerusalem Post reported Tuesday.

American Jewish activist Ariel Gold, a member of the social justice and pro-peace activist NGO Code Pink, called the law, ""art of a rapidly growing trend to suppress political dissent and exposure of the occupation," in an interview with Sputnik Tuesday. Its impact could be profound, she said. "My understanding is that school programming was one of the most important aspects, for them [Breaking the Silence], of their work, and so this is incredibly damaging."

But there are other groups continuing to spread a similar anti-occupation message, she said, citing American Jewish progressive group If Not Now, which has the goal of ending Israel's conflict with Gaza.

"Young people want to know what's happening; young people do not want to be lied to about the occupation and to have it hidden from them. They don't want to be tricked and deceived into committing human rights violations and then having to live with that. We, as Jewish people throughout the world, are done with being part of a moral catastrophe. And so I would say that there will be creative ways to continue to reach young people in Israel," she continued.

According to Gold, more and more people are finding ways to expose the occupation.

"We have the two incredible walk-offs of Birthright — in a two-week period, two groups of young American Jews walking off Birthright," Gold told Sputnik, referring to the nonprofit organization that sponsors free trips to Israel for young adults of Jewish heritage.

In recent weeks, multiple groups of young American Jews have walked off their Birthright tours, claiming that the program was refusing to truthfully answer questions about the occupation's impact on Palestinians.

​One participant who recently walked out of a Birthright trip told Mondoweiss Monday that it was disappointing when visitors were handed maps depicting the West Bank as Judea and Samaria.

"It was [very disturbing to me]; it literally covers up the occupation that is happening. I came on Birthright to connect with my Judaism and experience Israel. For me, what that meant was learning the whole truth about Israel, which meant the occupation and meeting Palestinians. [But I was told] I would be getting the Israeli perspective, and that would be it. Unfortunately for me, that was a heartbreaking moment," the unidentified participant noted.

However, Gold said, the timing of the law may mean that anti-occupation organizations are having an effect.

"We could look at the timing of [the law] in the framework of the growing wedge between Israeli Jews and diaspora Jews and the effective impact that Breaking the Silence and B'Tselem [a nonprofit organization whose goals are to document human rights violations in the Israeli-occupied territories] have been having," Gold told Sputnik.

"And so those are the reasons that I feel encouraging — I feel encouraging that I've just gotten in the last two weeks to watch two videos of the next generation of my community stand up and say, ‘We won't contribute to a daily nightmare for Palestinians and a moral catastrophe for Jews.' And so I do feel hopeful even in the midst of this really ugly and repressive law," Gold added.

In the summer of 2017, Gold got in trouble with Israeli authorities in Hebron, a city in the West Bank, for handing out pamphlets, and was barred from the Western Wall, which surrounds Jerusalem, according to the Jewish magazine Forward. After she left the country, she was told in writing that she would need to obtain a visa if she wanted to ever come back, Sputnik reported in June.

In July, Gold was also detained, interrogated and then deported by Israeli authorities at Ben-Gurion airport in Tel Aviv, despite having obtained a visa to study at Hebrew University.
"It felt outrageous," Gold told Sputnik at the time. "Deporting somebody who doesn't agree with the right-wing racist policies of a state government which claims to be a democracy — ‘the only democracy in the Middle East' — is just, you know, it's really hard to have it sink in," she said. "It's so outrageous."

She is currently working with a lawyer to appeal her deportation.